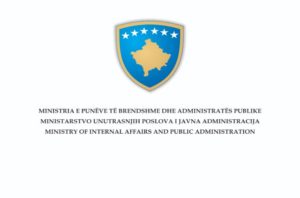 The Kosovo Ministry of Internal Affairs announced on its website yesterday that a measure of preventive quarantine for every person entering Kosovo via one of the 6 border crossings officially came into force. The measure does not apply to cargo truck drivers and diplomats, a source close to Kosovo’s interior ministry confirmed for KoSSev last night. The same source said that this decision was not definitive, as it all depends on the government’s assessment of the situation in the fight against the coronavirus pandemic.

A source close to the Kosovo Ministry of Internal Affairs confirmed the news for KoSSev last night, emphasizing that it would apply to travelers entering Kosovo via all six border crossings, except for diplomats and cargo truck drivers.

The same source stressed that a measure of self-isolation is no longer in force, but preventive quarantine and that, for the time being, a student dormitory in Pristina has been designated as a place where those entering Kosovo will be quarantined for 15 days.

„It’s no longer self-isolation, but quarantine. However, it’s not a definitive decision. We are assessing future steps and monitoring every entry into Kosovo,“ the source told KoSSev.

On Friday, the KoSSev portal published report on the citizens who were warned at Jarinje border crossing by a duty police officer that the self-isolation measure will no longer be in force once upon their return and that all people entering Kosovo will be placed in a 14-days long quarantine in Pristina. The border alert could not be confirmed by official sources at the time clearly marked in the text.

Soon after this news was published, the Journalists’ Association of Serbia and its Kosovo branch reacted, claiming that the news was “untrue and unverified” and that it had prevented doctors from central Serbia from reaching their workplaces in Kosovo.

„Due to the new situation with the virus pandemic, we urge our colleagues to use only verified, official sources and take statements from experts who are directly responsible for the health of citizens, but also for other events,“ the association wrote in a statement.

KoSSev replied while requesting this Association to publish both, the explanation what was the subject of our initial report and how it was conducted, with an editorial comment:

Although KoSSev has almost exclusively relied on official confirmation for the last five years (excluding journalistic news forums or news that did not require the confirmation of competent authorities) – despite numerous obstacles to obtain such confirmation and the inherent inefficiency of numerous institutions and snubbing of the need to communicate transparently with the public – taking into account the need for the public to receive timely information that is most directly relevant to their daily lives and needs during the coronavirus pandemic, the decision was made to publish yesterday’s experience of citizens passing through Jarinje border crossing, while respecting professional standards: field testimonies, multiple checks of the sources, contacting official institutions, assessing the importance of the topic and timing, and monitoring the topic.

KoSSev will continue to act responsibly, advocating for the interest of the public and not conserve its resources in the fight for timely, objective and accurate information reporting, even when we record it in the field and even if it lacks official confirmation.

Therefore, we join the appeal of the Journalists’ Association of Serbia to politicians and authorities to provide complete information in the fight against the coronavirus pandemic. We also emphasize that the information should first and foremost be accurate and timely. 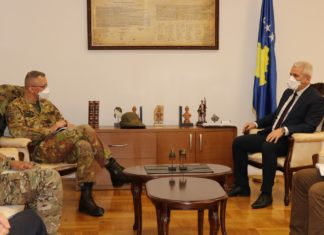