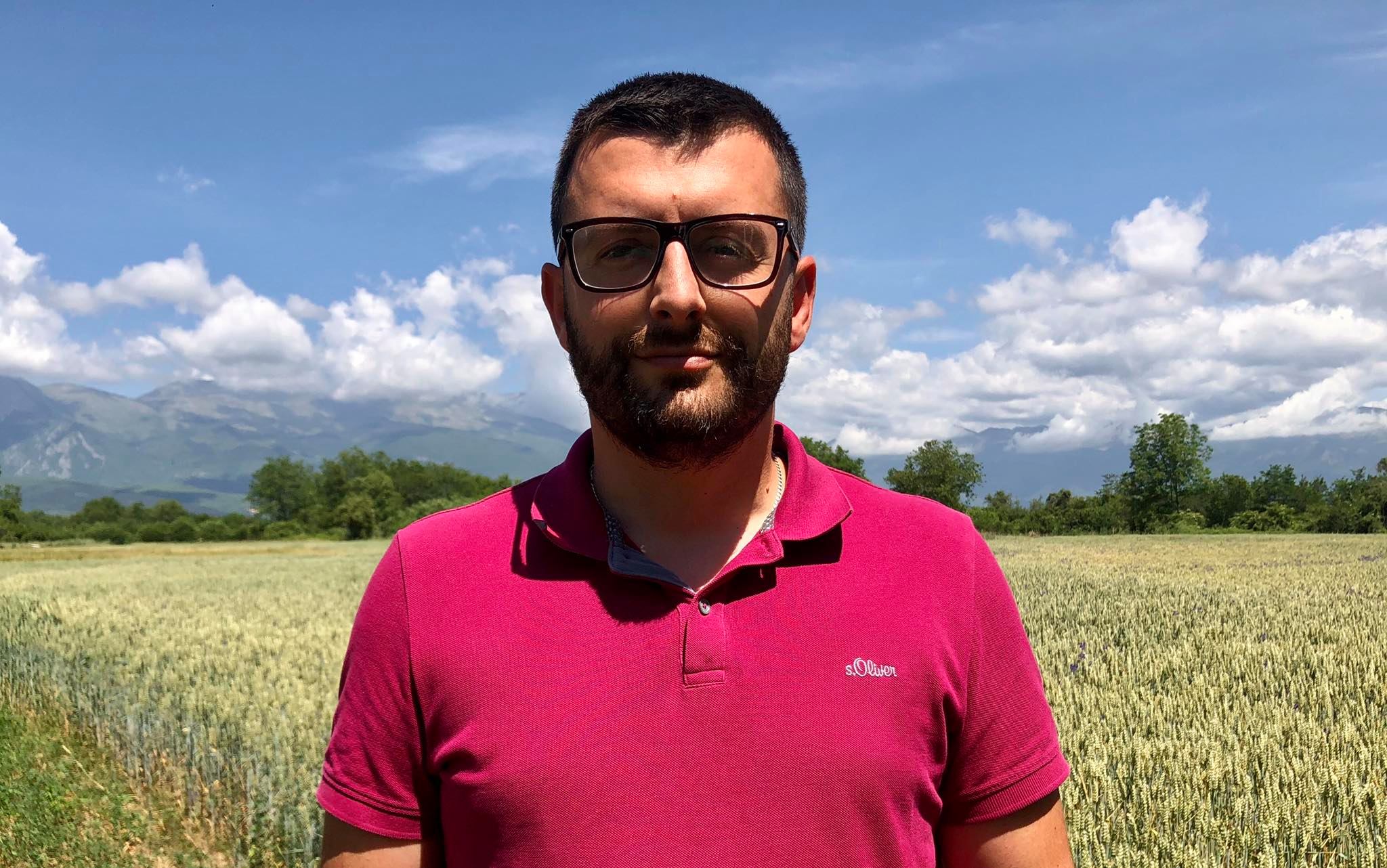 Ethnic Serb returnee Petko Miletic was brutally beaten on Friday while trying to guard his forest from illegal wood cutting that is ongoing for many years, only a few hundred meters away from his house in the village of Opraske near Osojane.

After the Kosovo war, the first returnees came back to Metohija. The Osojane Valley welcomed those Serbs who longed for their homeland the most. Hosts who did not want a refugee cauldron, but who wanted their fruitful households and the most fertile land in this Metohija plain. Thanks to them, Osojane is today one of the few returnee communities in Kosovo which can be described as successful.

A policeman standing at the entrance of the ambulance building in Pec/Peja is waiting for the doctors to release Petko Miletic. At one point, with a pile of papers and test results in his hands, he is wheeled out by another police officer. With a short greeting, he asks for the author of this text to drive him to the station, where he will try to identify those who had beaten him unconscious with stakes. I guess that makes him feel freer.

„I cannot bear to look at what they are doing, they have been cutting it (cf. the forest) for years and earning money by selling my property, and I can’t stop them. I knew that this would happen someday, I just didn’t know when,“ said Petko anxiously while trying to light a cigarette.

In front of the police station in Istok, Petko barely manages to stand up on his own. Commander Enver Gashi welcomes him.

„I am not worried about this, we know who did this and the case will be resolved quickly. I am more worried about the stoning of returnee houses, there could be inter-ethnic incidents,“ says the police commander, who is visibly annoyed by the statement of the Serb minister that the attack was carried out by ethnic Albanians.

„What did he do that for? You were attacked because you defended the forest from thieves and not because you are a Serb. He just hurt you with this statement. We don’t need that,“ the commander says to Petko.

I drive him to the police station. Istok is located 30 kilometers from Pec/Peja. While we are driving, Petko, who is sitting in the back seat, is talking about how he was attacked.

A dozen Egyptians from the neighboring village were detained, among whom Petko will try to identify those who attacked him because he tried to defend his property.

Late in the afternoon, already exhausted from giving a statement at the police station, Petko returned home. The reunion with his wife and children was very emotional. Fear and astonishment were still present in their eyes.

I witness it. It was a difficult moment. Tears.

Such scenes in returnee communities in Istok and Klina are very frequent, and they have been ever since Serbs started returning. For almost two decades, there have been no solutions to attacks on returnees and their property, whether they had an ethnic or other backgrounds. Kosovo institutions have shown that they are unable to ensure respect of rights even when it comes to monastic land in Decani – let alone disenfranchised returnees. Serb institutions were unable to create a healthy system in which they could strengthen the Serb community in a transparent way through healthy investments.

Due to such circumstances, events such as the beating of Petko Miletic on his own property, like an obstacle before returnees to Metohija, poses a dilemma on whether they should move and find a safer environment.

Three years ago, due to the negligence of the Serbian and Kosovan institutions, the village of Grabac in Klina no longer exists. The houses were left empty, which were eventually completely looted. Only two kilometers away, in the village of Bica, only one returnee remained.

„I can’t take it anymore. I’m tired of everything, my Dare. My wife and I are alone among so many houses. We are eager to talk to someone. Thieves come every night. I can no longer defend myself. It is not easy,“ Stojan Doncic, the only returnee in the village of Bica, lamented.

From a respectable, hard-working, and honest host, the Serb returnee to Metohija became oppressed and blackmailed by the system, pilfered by thieves, beaten when he tried to defend his own property, disenfranchised by the court and humiliated in society.

The returnee is a toy in the hands of politicians from Kosovo and Serbia, but a toy that is not well taken care of. As it happens in the excitement of play of careless children, the toy will be smashed to the ground.

While playing, careless children do not want to change the rules so that they are equal for all. And that is the reason why there will be more cases like this.

The grief of the returnees is more than a game. Is it bigger than love for Metohija?

Darko Dimitrijevic is the editor of Radio Gorazdevac