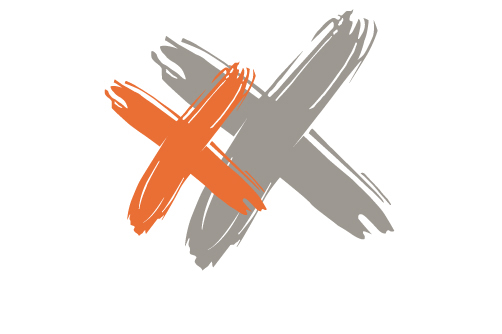 The day after Zoran Djokic was sentenced to 12 years in prison over war crimes against civilians, the Humanitarian Law Center revealed details of the verdict, as well as its conclusions and objections. The judgment against Djokic triggered intense reactions. While the Serbian side condemned what they see as a staged trial, Kosovo FM Meliza Haradinaj-Stublla stressed Serbia’s alleged criminal role.

A Trial Panel of the Special Department of the Basic Court of Pristina was presided over by judge Arben Hoti.

Djokic was found guilty of having committed the criminal offence of war crimes against the civilian population on several counts during the armed conflict in Kosovo in 1999 in the Peje/Pec settlements of Kristal and Kod solitera.

The time spent in detention on remand since February 1st, 2019 shall be credited towards the sentence imposed on Djokic.

Djokic was found guilty of participating in the ill-treatment, looting, expulsion and wounding of the Albanian civilian population in the Pec settlements of Kristal and Kod solitera as a reserve police officer of the Serbian forces on March 28/29th, 1999 in Pec when four civilians were killed, the Humanitarian Law Center revealed.

The judgment was rendered following the main trial opened in accordance with the indictment of the SPRK Office dated May 31st, 2019 (KTS. No. 23/2018).

“After the Defendant had been found guilty according to the amended indictment, while announcing the decision, the Court stated in a short reasoning that it had analysed each piece of evidence separately, and that it had established the factual situation based on the testimony of witnesses and the material evidence. In this manner, the Court came to the conclusion that the evidence was decisive in this case,” HLC wrote.

“In the indictment, the Defendant was charged with the following: during March and April 1999, more precisely on March 29th, 1999, in the Pejë/Peć settlement of Kristal in, acting within an organized Serb criminal group consisting of uniformed and armed members of the army, police and paramilitary units (still inaccessible to Kosovo’s law enforcement authorities), by intimidating, robbing, killing and expelling, he violated the bodily integrity or health of an unprotected Albanian civilian population not directly involved in the conflict. The population of the settlement was expelled from their houses, significant amounts of money were confiscated from some individuals, and four people were killed. In the amended indictment, in addition to the mentioned actions under Count 1, the Prosecution charged the Defendant that on the same day, in the same settlement and capacity, in co-perpetration with other persons, in addition to expelling the civilian population from their family homes, he inflicted bodily injuries on two boys aged three (3) and nine (9) who were leaving the settlement with some members of their families.”

When announcing the judgment, the court did not specify clearly the specific actions the defendant had taken on the critical days for which he had been found guilty of, the HLC added.

Given that the written judgment in this case has yet to be processed, the Humanitarian Law Center Kosovo (HLCK) underlined that it cannot engage in an analysis of these dilemmas, as well as of the evidence on which the judgment is based and justification of the sentence.

The HLC found that the criminal proceedings against the defendant during the main trial were conducted in accordance with legal provisions.

“However, what the Trial Panel can be criticised for is that the main trial against the Defendant, who had been in detention on remand, lasted for a long time (from December 4th, 2019 to February 11th, 2021). The provisions of the Criminal Procedure Code (Article 314, paragraph 1, item 1.2) decisively provide for that proceedings before a Trial Panel may last up to one hundred and twenty (120) days.”

According to the law, this deadline can be extended only with a reasoned request and in case of a large number of witnesses or the existence of circumstances that are necessary to establish the factual situation. The HLCK has no information on whether requests for an extension of the main trial were filed, i.e. whether the trial was extended due to the legally prescribed conditions or by inertia, which, if this is the case, would constitute a violation of the law. What can be noted is that during the fourteen (14 or 11 if the three-month adjournment of the court is taken into account) months, the Trial Panel was in session for fourteen (14) days when seventeen (17) witnesses were heard proposed by the parties to the proceedings.

The HLCK also finds that the Trial Panel announced the judgment in this case contrary to legal provisions.

Article 366, paragraph 1 of the CPCK explicitly foresees that, after the end of the trial, the announcement of the judgment may be postponed for a maximum of three (3) days. In this case, the main trial ended on February 4th, while the judgment was announced on February 11th, 2021.

“The HLC also finds that the Prosecution amended (or in this case extended) the indictment after the end of the evidentiary proceedings contrary to the provisions of the Criminal Procedure Code (Article 241, Paragraph 1, item 1.7), because this amended indictment was submitted to the Court without reasoning, i.e. without elaborating on the reasons and evidence that influenced the extension of the indictment.”

A wave of reactions arrived immediately after the verdict was announced. The Serbian side harshly criticized the sentence. The Kosovo Office assessed that this is „the most flagrant example of how law and justice are trampled on in so-called Kosovo.“ Djokic’s defense lawyer, Ljubomir Pantovic revealed that he still believes that Djokic is innocent.

Pantovic told KoSSev on Thursday that he was shocked by the verdict, noting that he hadn’t dealt with a similar case in almost three decades of legal practice. „Of an innocent man being convicted thanks to not credible and trained witnesses, and outside the law,“ he added.

The former member of the Kosovo Assembly, Petar Miletic told N1 TV this week that he was upset by the verdict, underlining that he is convinced of Djokic’s innocence.

On the other hand, Kosovan Minister of Foreign Affairs, Meliza Haradinaj Stublla said that “Kosovo has taken justice in its own hands” and that “convicting genocidal criminal Djokic is just a start.”

“It’s not enough, not even 12 years, not just one person. Serbia and all its criminals will be held accountable for the crimes against humanity in ‘98-‘99 Kosovo,” Haradinaj Stublla tweeted.

By claiming that Zoran Djokic is a „genocidal criminal,“ you grossly violated the presumption of his innocence, guaranteed by the Constitution of Kosovo and the Kosovo Criminal Procedure Code, while also expressing disrespect for the regulations of the Republic of Kosovo, Zoran Djokic’s defense lawyer Ljubomir Pantovic wrote in an open letter to Kosovo Foreign Minister, Meliza Haradinaj Stublla.

The defense is set to initiate the appeal proceedings before the Court of Appeals.

Lawyer Pantovic in an open letter to Haradinaj-Stublla: You violated the presumption of innocence

Zoran Djokic sentenced to 12 years in prison for war crimes