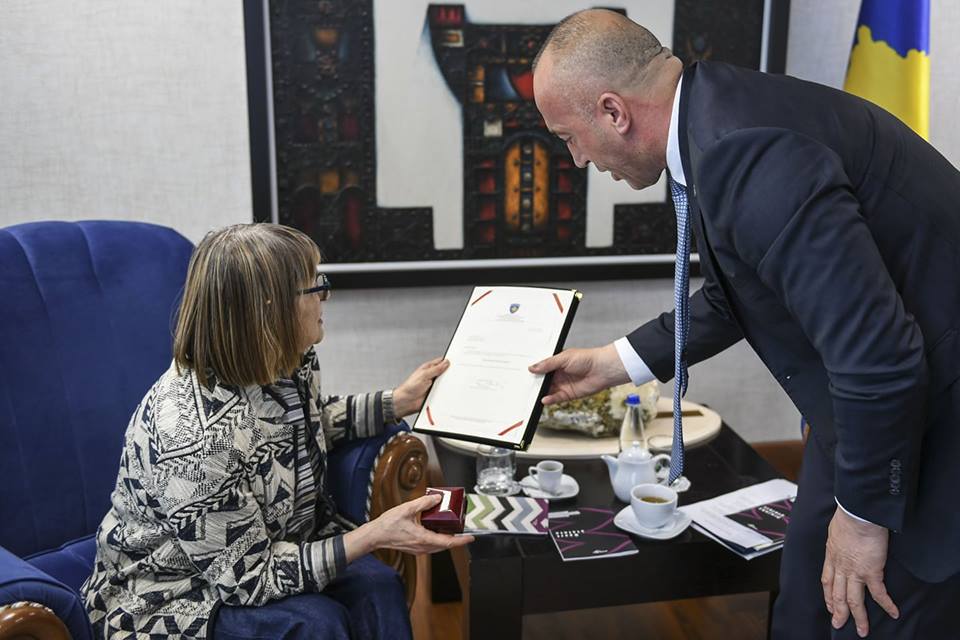 Prime Minister of Kosovo, Ramush Haradinaj met today in Pristina with activist for the protection of human rights and founder of the Humanitarian Law Center based in Belgrade, Natasa Kandic. For her great contribution, Haradinaj gave to Mrs Kandic a “Golden Map of Kosovo”, Haradinaj's office reported.

Haradinaj thanked Natasa Kandic for the great work she has done on the evidence of the murdered and missing in the Kosovo conflict, and stressed that the data published by the Humanitarian Law Center are still the most credible data.

The meeting took place on the eve of the London Summit, where it is expected that the Western Balkan countries will sign a Joint Declaration on Evidence, Credible Resources and the Circumstances of Murders in the Wars of the 1990s in these areas. This act aims to prevent the possibility of falsification of history.

“Acting in an unsafe environment and not separating the victims in ‘ours and theirs’, but seeking justice for them and moral satisfaction is not only unmatched humanity, but civic and human courage,” said Haradinaj