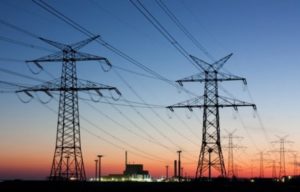 Kosovo Economy Minister, Rozeta Hajdari announced that Kosovo has gained energy independence after the European Network of Transmission System Operators (ENTSO) voted in favor of Kosovo’s transmission system operator – KOSTT, operating independently. Kosovo President, Hashim Thaci said that this led to Kosovo’s full energy independence from Serbia. Kosovo Prime Minister, Albin Kurti underlined the other side of the agreement’s results – a single energy bloc between Kosovo and Albania. No reactions have arrived from Serbia on the issue since November 2018, when Vucic announced that preventing such a decision was a small victory for Serbia – but still a more important victory than Kosovo not joining INTERPOL.

„After today’s vote and the subsequent signing of the New Connection Agreement between KOSTT and ENTSO, KOSTT and the Republic of Kosovo gained energy independence,“ Hajdari said in a Facebook post.

She added that the new agreement was approved by the RGCE (Regional Group Continental Europe).

Hajdari also thanked Germany, the United Kingdom and other countries for making this possible, calling the vote historic.

German embassy: “This is a milestone for Kosovo and for cooperation in the region”

The German embassy in Pristina reacted, congratulating KOSTT and the Government of the Republic of Kosovo on the Connection Agreement, which will, in their words, finally enable the establishment of an independent control area for Kosovo.

With today’s vote of all European system operators ENTSO-E, #Kosovo grid will finally be an independent control area. Big contribution also to regional cooperation.🇩🇪 proud with @KfW
having shared long path to get there. Years of hard teamwork.🍾, #KOSTT https://t.co/KBHrI7jO65

“This is a milestone for Kosovo and for cooperation in the region,” the German embassy said, recalling that the agreement is the outcome of “a long and demanding path” on which Germany “stood permanently at the side of Kosovar governments and institutions.”

The German government and its implementing organization KfW have invested close to 100 million euro into the extension and modernization of the Kosovar electricity transmission network, while one of the results of the investment includes a power line between Kosovo and Albania.

“Beyond the further stabilization of the European power grid, one highly important result of the recent decision will be the functionalization of the 400kV-power line between Kosovo and Albania that has been financed by German financial cooperation with more than 75 million Euro – it is a huge success that this project can now unleash its full potential for the region’s energy sector,” the embassy wrote in a statement, adding:

“We jointly believe in the benefit of our cooperation for regional stability and are convinced that the Connection Agreement with ENTSO-E is key for further economic development in the region. Kosovar citizens of all communities will profit in the end.”

Kosovo President, Hashim Thaci said in a Twitter post that this agreement led to Kosovo’s full energy independence from Serbia.

“Today, KOSTT became a member of the European Network of Transmission System, leading to Kosovo’s full energy independence from Serbia. A great step forward for Kosovo. Grateful to our allies for their unwavering support,” Thaci tweeted.

Kurti: This new agreement will enable the operation of a single energy bloc between Kosovo and Albania

“This new agreement will enable the operation of a single energy bloc between Kosovo and Albania,” Kurti said.

He revealed that KOSTT and OST of Albania have already signed an agreement to operate as an energy bloc, adding that “other significant steps must follow”.

Kurti underlined that a 400-kV power line between Kosovo and Albania would be operational in six years.

„As an internationally recognized operator, KOSTT will have access to cross-border mechanisms that create easier opportunities for our operators in the regional market. Our direct losses due to non-participation in the international mechanism reach up to 8 million euros a year, while indirect ones are even higher,“ Kurti said, adding that this agreement will affect additional revenue for KOSTT.

What happened before KOSTT’s Connection Agreement was approved

KOSTT also announced at the time that this agreement was a precondition for KOSTT’s independence, adding that it was expected to enter into force in April 2020 after the signing and implementation of the new agreement between KOSTT and ENTSO-E.

At the same time, it was announced that this regulatory bloc would facilitate the operation of two power systems.

As chief executive of KOSTT, Ilir Sala announced at the time, after the implementation of this agreement that KOSST, operating within the regulatory area of Serbia (EMS) in the SMM bloc (Serbia, Montenegro and Northern Macedonia) would leave this area and join the bloc with Albanian firm OST, balkangreenenergynews.com reported.

The SMM bloc is an ENTSO-E control bloc operated by the Serbian transmission system operator – Serbian Electricity Network (EMS). KOSTT and EMS are part of a longstanding dispute which at one point caused a system frequency deviation in the Continental Europe area.

So far, Serbia opposed the admission of KOSTT into the European Transmission System Network. Two years ago, the president of Serbia boasted of „Serbia’s victory“ in a vote among the European Network of Transmission System Operators for Electricity (ENTSO), which, according to him, enabled EMS to remain part of the energy grid in the north of Kosovo.

Although a small victory, it was more important than Kosovo failing to join INTERPOL, Vucic said at the time.

What does the Brussels Agreement say, what does Vucic say

Those who applaud yesterday’s decision, recalled that this was actually a point agreed in 2013 under the Brussels Energy Agreement. Point 10 of the agreement stipulates that the Kosovo Transmission and Market Operator (KOSTT) will become a member of the European Network of Transmission System Operators for Electricity (ENTSO).

Contrary to this, Vucic claimed that there was no energy agreement and that the Albanians wanted to occupy the north of Kosovo.

Before the ENTSO vote in November 2018, Vucic warned that Serbia would not „enforce their decisions“ even if the vote did not turn out in Serbia’s favor – he told RTS at the time.

„Europeans are obviously unlawfully trying to throw us out of there (from northern Kosovo), the decision will be made tomorrow or on Monday. So far, Germany, France, Italy, Switzerland, Belgium, Luxembourg, the Netherlands, and of course Croatia, have voted against us, against rights.“

Moreover, at the time, the head of EMS, Jovana Matejic had Vucic’s full support not to enforce decisions regarding the energy grid – in case KOSTT was accepted into the European Transmission System Network.

„I warned them about the injustice of their decisions. We will complain wherever we can.

We will first seek provisional measures within 14 days, and when they make a decision we will not apply it. When you want to create this kind of energy chaos, you will have Serbia’s answer, because we will not let you trample over our country and our people –nor our people in the north of Kosovo, nor our people as a whole, nor our country,” Vucic emphasized.

It is unknown what implications the latest agreement will have on the part of the network still under Serbia’s management or what moves Serbia undertook ahead of the decision which Kosovo described as historic.