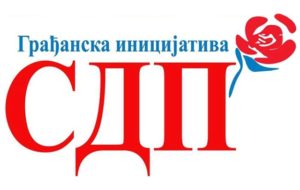 Two GI SDP municipal councilors, Igor Rajcic and Dusan Milunovic, reacted to the press release sent earlier this morning from their press office email claiming that Ksenija Bozovic betrayed the interests of the political initiative founded by Oliver Ivanovic. The press release stated that GI SDP is joining Srpska Lista in the upcoming parliamentary elections. Rajcic and Milunovic condemned and distanced themselves from what was believed to be Bozovic’s sole decision, claiming even neither of them, nor anyone else from the GI SDP, was aware of the switch.

„We, the GI SDP councilors in the Mitrovica Assembly, Igor Rajcic and Dusan Milunovic, would like to address the general public through this announcement: Upon learning from the media that Mrs. Ksenija Bozovic has switched to the ranks of Srpska Lista, thus betraying the interests of the GI SDP. And betraying us – as councilors in the Mitrovica Assembly, as well as all the people who support our political struggle to find the killer of the late Oliver Ivanovic, our struggle for the truth and justice of our Serb people in Kosovo,“ reads their press release.

Unlike Ksenija Bozovic and Marko Jaksic, Rajcic and Milunovic have kept a low profile in the media until now.

Jaksic gave the first indication of today’s event on Wednesday evening. He later announced that he is leaving the GI SDP.

„Unfortunately, Igor Simic will receive a new reinforcement from the SDP tomorrow. I would be ashamed. Both of the people and of Oliver who is no longer here. Well, fine. Everyone should do as they choose!”- Jaksic posted yesterday evening via his social media accounts.

We, the councilors in the Mitrovica Assembly, Igor Rajcic and Dusan Milunovic, condemn and at the same time distance ourselves from Ksenija Bozovic’s decision and declare that neither one of us, nor anyone else from the GI SDP, was aware that Ksenija Bozovic was switching to Srpska Lista

According to Rajcic and Milunovic, they decided not to join Srpska Lista in order to „preserve their dignity and the dignity of those who voted for them“.

The councilors announced that they would hold a meeting with „all branches and management of the GI SDP“ during the day where they will discuss their future activities.

GI SDP councilors, including Marko Jaksic and a few other associates, are perceived as the last of the Mohicans of a civic initiative whose leader was assassinated on the day he was supposed to register the initiative as a political party and before Ivanovic himself was supposed to become a councilor in North Mitrovica MA. He previously prepared himself to this position after he went through a political and media demonization by the ruling Srpska Lista and Serbian officials during the campaign.

Marko Jaksic was a municipal councilor of the GI SDP, but he resigned earlier this year after the pressures he was placed under when he became one of the organizers of the „1 out of 5 million“ protests in Kosovo.

According to this morning’s press release, GI SDP has decided to participate with other political options which will include being on the list ‘Srpska Lista – Aleksandar Vucic’ in the upcoming parliamentary elections.

“We believe that Serbs in Kosovo and Metohija need unity at this time, the support of the state of Serbia for the survival and preservation of state and national interests” – the short press release reads, confirming thus what the local public was expecting since Jaksic’s announcement on Wednesday evening.

The GI SDP did not formally appoint a new initiative leader after Ivanovic’s assassination. The GI SDP’s press release also did not specify how many members of this initiative would be on Srpska Lista’s list of candidates for the Kosovo Assembly.

Vucic: Bozovic is a serious woman

The president stressed that Bozovic is a serious woman and that her switching to Srpska Lista is „a good thing” for that party.

„I am very happy for Ksenija Bozovic and others who have joined Srpska Lista. Unity is the most important thing when opposing the attempts of Albanians and part of the international community and those who support the destruction of that unity,“ Vucic said, FoNet reported.

By not mentioning Ivanovic’s party by name, the president thus practically confirmed the allegations of the two GI SDP municipal councilors that only Bozovic switched to Srpska Lista – not the GI SDP.