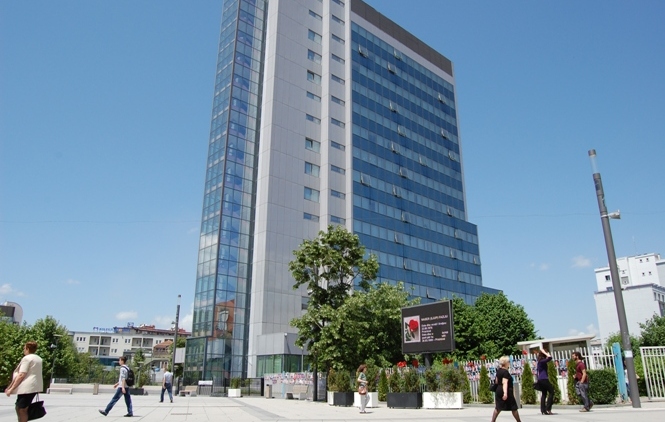 The differences in the Western diplomats’ views on the fate of the Kosovo government, which was formed less than two months ago, have come to the fore. While Germany and France oppose tomorrow’s session of the Kosovo Assembly to recall the Albin Kurti-led government, emphasizing that the Belgrade-Pristina dispute is a European issue, the US welcomed the initiative to vote on a no-confidence motion against the government.

Ambassadors from Germany and France sent a joint demarche from Pristina yesterday, urging the LDK to waive the no-confidence motion against the government of Albin Kurti. They also conveyed the concern of Berlin and Paris over the current situation in Kosovo.

Later in the day, the foreign ministries of these two leading EU countries reacted to the current situation in Kosovo with a joint statement:

“France and Germany are concerned about the political situation in Kosovo at a time when political unity is necessary to face the COVID-19 crisis. Kosovo needs a stable and fully functioning government to deal with this crisis. Therefore, we urge that the vote of no-confidence in the Government be reconsidered or postponed.”

They recalled the support they gave to the Kosovo government in the fight against corruption and fostering socio-economic development, noting that they are also ready to increase their concrete support to Kosovo in these areas.

The joint statement also addressed the issue of dialogue between Belgrade and Pristina, noting that it is necessary to wait for the conditions to be created and that this is a European issue, while Europe will continue to coordinate with the US.

“Regarding relations between Kosovo and Serbia, we expect both parties to take the necessary steps to remove the obstacles to the resumption of the dialogue. We welcome Prime Minister Kurti’s intention to restart the dialogue with Serbia and to involve all stakeholders in order that Kosovo speak with one voice. The decision taken by the Kosovo Government on 20th March to lift the 100% tariff on raw materials is an important first step in the right direction. We expect that the tariffs will be fully suspended from the 1st April, and we expect Serbia to do its share of the efforts.”

“When conditions are met for the resumption of the Dialogue, and the COVID-19 crisis is overcome, President Macron and Chancellor Merkel plan to host a Summit in Paris, with the participation of both parties’ leaders and High Representative Burrell,” the statement read.

“The dispute between Serbia and Kosovo is a European security matter, therefore the European Union will continue to lead the facilitation efforts as soon as both parties agree to restart their talks. Coordination with our partners, in particular the United States, will be pursued. The objective of the dialogue must remain the full normalization of relations between Kosovo and Serbia through a comprehensive, final and legally binding agreement. Achieving this objective is a condition for both parties in order to join the European Union.”

On the other hand, in a significantly shorter statement, the US Embassy in Pristina underlined that they were „pleased“ that the assembly would hold a no-confidence session tomorrow.

“Pleased to see the Assembly will hold a session on the no-confidence vote tomorrow. As I told the PM today, it is important for the Assembly and all Kosovo institutions to respect the Constitution,” US ambassador to Pristina, Philip Kosnett tweeted last night. The identical message was soon sent by the US embassy in Pristina, while Kosnett’s tweet was also retweeted by the US Special Envoy for the Belgrade-Pristina dialogue, Richard Grenell.

The session of the Kosovo Assembly to vote on the LDK’s no-confidence motion against Kurti’s government will be held today at 11 a.m., although there are no conditions for it, Kosovo Assembly Speaker, Vjosa Osmani announced at a media conference. Osmani, who is also a member of the LDK party, has so far, along with two other members of this party, opposed the no confidence vote.

An esteemed constitutional law professor, Enver Hasani said in an interview with KoSSev that although he could not predict the outcome of tomorrow’s session, he believes that „everyone agrees Kurti should be dismissed and that he is now alone.“ Hasani also said that the legitimacy of the Self-Determination party is much higher, as is the legitimacy of Vjosa Osmani, although she is dependent on the party.

If the no-confidence motion passes, the current government will be one with the shortest terms so far, less than two months, despite the convincing victory of the Self-determination party and its coalition partner LDK. Since the end of the elections in October last year, the relations between the two parties were marked with disagreements and intolerance even when they succeeded in forming a government following almost three months of negotiations. Srpska Lista, who has been mostly sitting on the sidelines, is also part of the government.

Hill: There is a much greater possibility for real progress in...