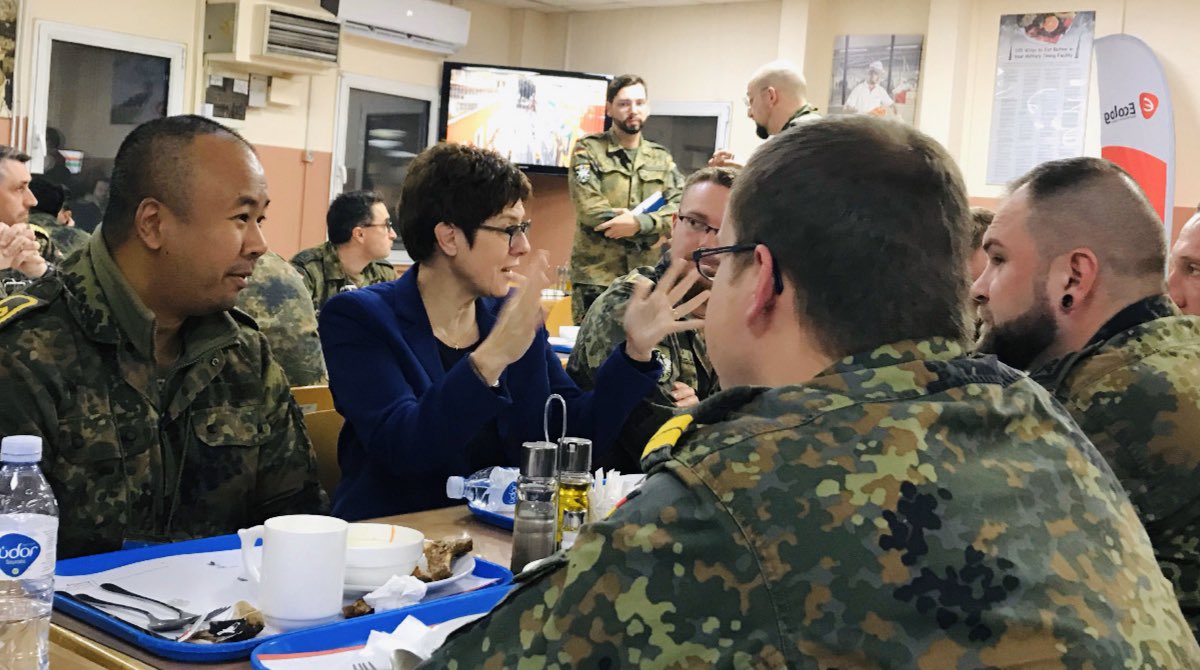 „KFOR is important for Kosovo and the region today – as it was 20 years ago. The dedication of our soldiers also brings with it a special burden, especially at a time when the streets are already festively decorated. Thank you for your dedication!“ – the German Minister of Defense, Annegret Kramp-Karrenbauer told the German KFOR contingent in Pristina today. 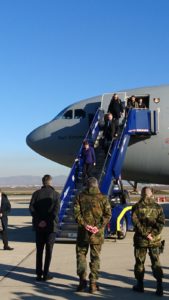 The German Minister of Defense, Annegret Kramp-Karrenbauer is currently in Kosovo for her traditional pre-Christmas visit – the German Ambassador to Pristina, Christian Heldt confirmed, who welcomed her at Pristina airport.

Annegret Kramp-Karrenbauer – or just „AKK“ as this senior German official is often referred to as – has been the head of the German Ministry of Defense since July this year.

She is the current president of the Christian Democratic Union of Germany (CDU), having replaced Merkel following the 2018 party elections. 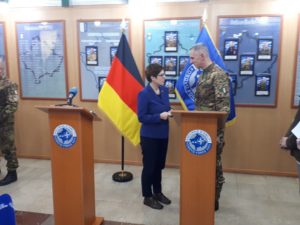 Twenty years after entering Kosovo, the highest number of German soldiers allowed to be stationed in Kosovo at the same time halved – from 800 to 400 soldiers. 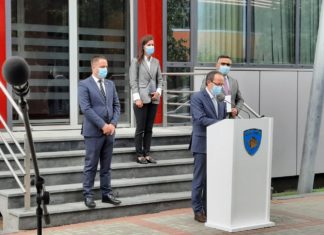