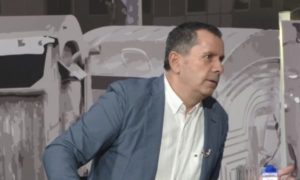 During a guest appearance on the talk-show „DTP te Fidani,“ Gashi claimed that none of the MPs have ever read this report.

“It was not the report of Dick Marty that sent Hashim Thaci and the others to prison, but the report of Clint Williamson. Our MPs do not have the report and have never read it,” he said.

„The MP who brings Williamson’s report to my office in the center of Pristina tomorrow will be awarded €10,000,” this lawyer said, Gazeta Express writes.

After the SPO issued a war crimes indictment against Hashim Thaci, Kadri Veseli, Rexhep Selimi, and Jakup Krasniqi this fall, Dick Marty’s report alone was widely discussed in the Kosovo public, in the terms of what is seen as a lack of grounds to initiate proceedings and form the Specialist Chambers – the fact that the indictments do not refer to organ trafficking. The claim that organ trafficking was the reason why the court was established has been widely spread among both Kosovo media and the political scene, as well as the accused attorneys said.

Before the war crimes tribunal in Kosovo was established, however, the US prosecutor Clint Williamson conducted a verification process of Marty’s findings. He was the chief prosecutor of the European Union’s Special Investigative Task Force for Crimes in Kosovo since 1999. The task force was formed after the former Council of Europe rapporteur Dick Marty published his famous report, in which he linked KLA leaders to serious crimes in Kosovo and organ trafficking.

In 2014, Williamson claimed that he and his team did not find sufficient evidence to issue an organ trafficking indictment, noting that his findings were still in line with Dick Marty’s report and that the evidence obtained was sufficient to issue indictments. Shortly afterward, the process to form the Special Court was initiated. 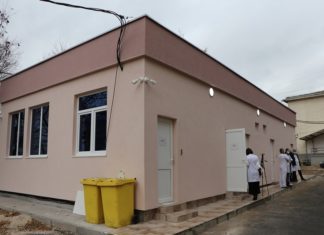