Extraordinary local elections for mayors are being held today in four Serb-majority municipalities in the north of Kosovo: North Mitrovica, Leposavic, Zubin Potok and Zvecan. Nearly 58,000 citizens will be eligible to vote in these elections at 87 polling stations.

The polling stations opened at 7 o’clock this morning. The first voters voted without any problems. Sometime after eight o’clock, the employees, led by the former mayor, and the current and only Serbian candidate, Goran Rakic and the head of the provisional Serbia-sponsored authority in Kosovska Mitrovica, Aleksandar Spiric, came to vote as a group. They previously gathered in front of the SNS premises in the city center.

They voted at the polling station at the Vocational Technical School.

According to unofficial information present in the north, employees in other institutions are also expected to collectively arrive at the polling stations.

The voting is proceeding without problems at the second polling location in North Mitrovica – the elementary school St. Sava. There are 11 polling stations in this premises. 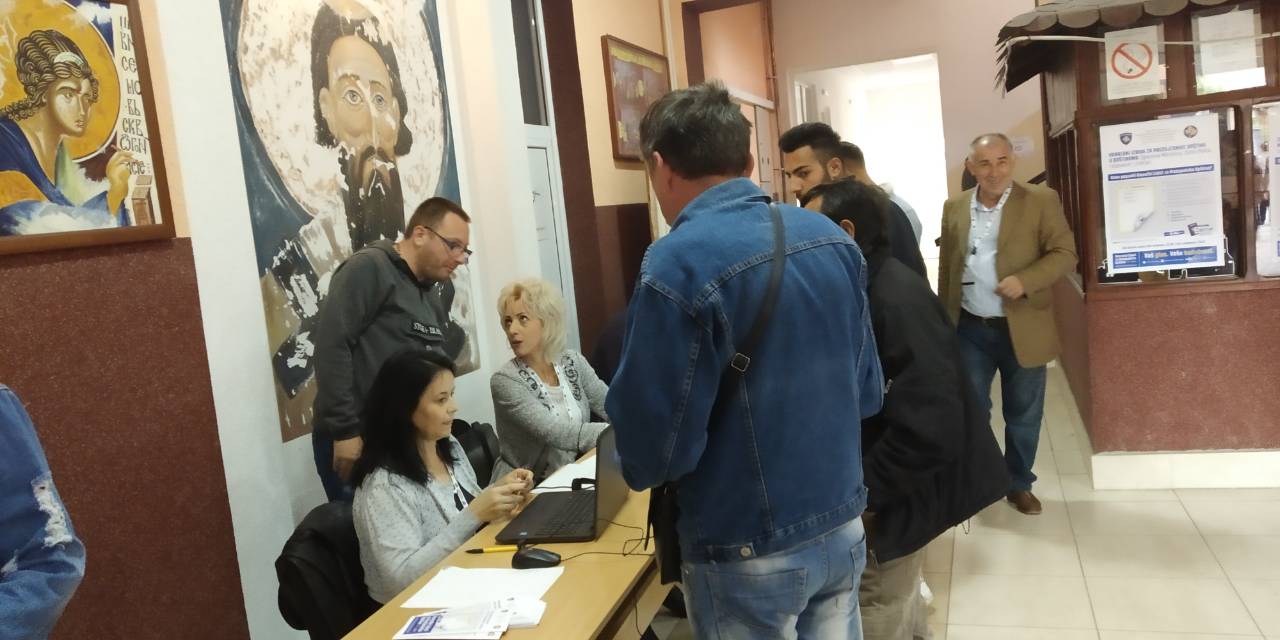 Voters and certain members of the election commissions have refused to speak to the media this morning, while many are obviously avoiding being caught on camera.

There are three political parties competing in each municipality – Srpska Lista, Self-Determination and PDK.

Candidates for the mayor of Leposavic municipality include Zoran Todic from Srpska Lista, Fisnik Veseli from the Self-Determination Movement and Shaqir Hetemi from the PDK.

Candidates in the Zvecan Municipality include Vucina Jankovic from Srpska Lista, Avdi Peci from the PDK, Ilir Peci from the Self-Determination party.

Finally, Zubin Potok citizens can choose between Srdjan Vulovic from Srpska Lista, Liridone Kahrimani from the Self-Determination Movement and Hysen Mehmeti from the PDK.

These are the third local mayoral elections called in the northern municipalities under Kosovo laws. They were also previously organized back in 2013 and 2017.

These elections will be monitored by 464 observers, while 57,983 citizens have voting rights.

Compared to the 2017 elections, 970 new voters were registered.

Also, 1,058 applications for registration for voting outside of Kosovo were submitted, out of which 1,056 applications arrived from Serbia and two applications from Montenegro. The CEC approved 793 applications, while 263 were rejected due to lack of identification documents.

Kosovo President, Hashim Thaci suddenly ordered these elections in April, receiving the support of the Prime Minister, Ramush Haradinaj on the same day, although the CEC president expressed surprise at this sudden decision. The call for elections was preceded by the appointment of eight out of eleven members of the Central Election Commission (CEC), including one member of Serb ethnicity. Previously, CEC did not function for a full year, which was criticized by a number of political parties in Kosovo. Despite the pressure of political representatives on Thaci to appoint CEC members, the final decision on the appointment came shortly after the public invitation of the US embassy in Pristina for Thaci to „immediately appoint“ members of this institution whose operation was blocked in early 2018, after the mandates of the former members expired.

The mayors of the four northern municipalities resigned on November 27th of last year after the Kosovo government decided to introduce a 100% tax increase on Serbian products and after the special police units of the Kosovo Police carried out the arrest operation connected to, as the prosecution and the police claimed, the murder of Oliver Ivanovic.

As these former mayors claimed at the time, the Kosovo institutions then ceased to function in these municipalities.

Similarly, Srpska Lista’s councilors in the local assemblies in these municipalities signed a declaration on the termination of cooperation with Pristina and international institutions. Nevertheless, the assembly convened again five months after signing the declaration and continued its operation. The local elections for the assemblies were not announced.

Elections for mayors were called on May 8th, five days before the expiration of the deadline set by the Serbian President Aleksandar Vucic, who asked Srpska Lista to wait for 45 days before leaving Kosovo institutions.

The second deadline for the election campaign was May 28th – six months after the resignation of mayors of northern municipalities. Namely, according to the Kosovo Law on Local Self-Government, the Kosovo authorities would be obliged to call elections for new mayors within this deadline.

Kosovo media has recently reported on several occasions that Serbian mayors continued to receive salaries from the Kosovo budget despite resigning.