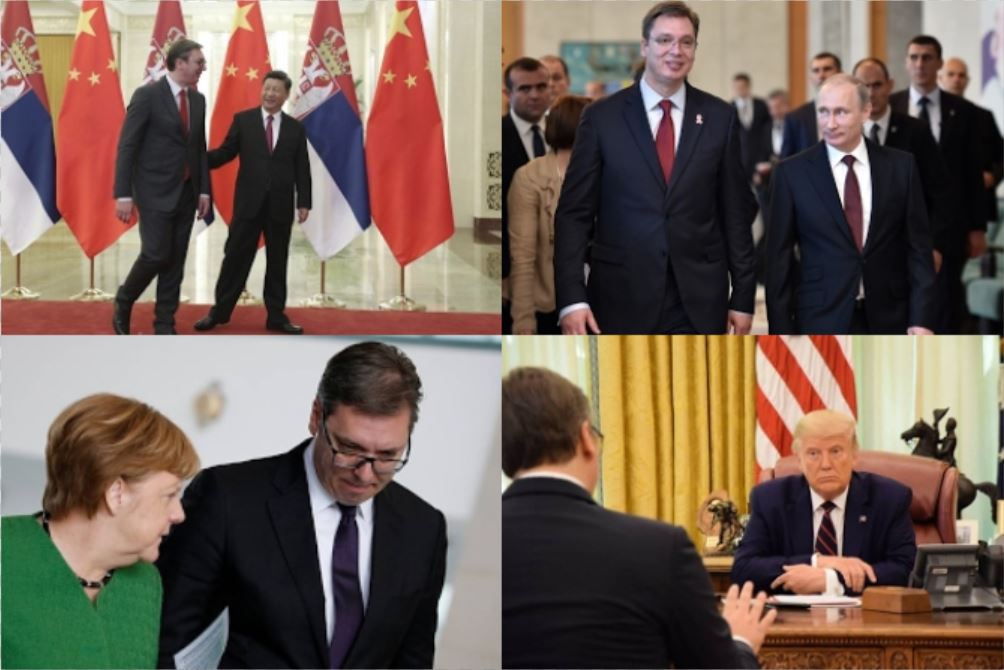 Over half (52%) of respondents in a study conducted by the Belgrade Centre for Security Policy (BCSP) believe that Serbia should intervene with military force in Kosovo in the event of a conflict, while 47% of respondents would personally join their compatriots in the case of such a conflict.

The authors of a survey conducted on 1,200 Serb citizens between September and October of this year, Maja Bjelos, Vuk Vuksanovic, and Luka Steric discovered that, according to citizens of Serbia, the preservation of Kosovo within Serbia is the most important foreign policy priority, alongside strengthening cooperation with neighboring countries and Russia.

Regardless of their expressed readiness for conflict, more than 70% of respondents believe that no armed conflict will take place in the Balkans in the next five years – according to the results of the BCSP study.

„These results are kind of surprising when you bear in mind the extremely militant narrative that has dominated the pro-government media in Serbia about other regional actors in recent years. In 2016-2017 alone, two pro-government tabloids wrote about the possibility of war and conflict a total of 265 times. However, this positive change in public perception, despite such a narrative, should also be sought in the reporting of the same media that portray the government, the President of Serbia in particular, as the main protagonists of reconciliation and stability in the region. Another important positive impulse for the peacetime regional attitudes of the Serbian public could be the long-awaited change of power in Podgorica, which is expected to significantly contribute to improving relations between the two countries, which have been in a very bad state for years,“ the study reads.

In addition, two-thirds of the respondents believe that lasting peace between Serbs and Albanians is possible, while half of all respondents say that this could only be achieved if a peaceful settlement of the dispute over the Kosovo status is reached.

At the same time, 54% of respondents expressed concerns over the creation of Greater Albania in the future. When asked who is the most likely to start a conflict in the Balkans, 40% of the respondents chose Kosovo Albanians, 25% of respondents selected NATO, and 8% of respondents picked Albania.

On the other hand, 58% of respondents believe that Republika Srpska should secede from Bosnia and Herzegovina and become an integral part of Serbia. According to the vast majority of respondents, such an outcome would not cause a new conflict.

When asked, however, whether Serbia should recognize Kosovo’s independence if it gets Republika Srpska in return, as many as 80% of respondents rejected such an idea.

When it comes to Serbia’s foreign policy, the authors of the study entitled „Many faces of Serbian foreign policy – public opinion and geopolitical balancing“ state that in recent years “Serbia has pursued a foreign policy based on balancing between major powers, primarily the European Union, USA, Russia, and China.” The authors further stated that such foreign policy, according to the study results, has public support.

The majority of respondents (40%) perceive Russia as a good friend to Serbia, and 72% believe that Russia’s influence in the country is positive – which is an 11% increase when compared to the results of the 2017 survey. Only two percent of citizens interviewed believe that Russia’s attitude towards Serbia is hostile.

Attitude toward countries in the region is improving

When asked who they consider Serbia’s greatest enemy, 30% of respondents identified Croatia, 20% – Albania, and 13% of them identified the United States.

When it comes to attitudes about the „mini-Schengen“ initiative, more than half of the people surveyed replied that they are not familiar with this idea.

Two-thirds of respondents familiar with the initiative claimed to support such a project.

„The relatively positive public perception may be the result of the extremely positive tone in which this initiative was presented in the pro-government media,“ the authors underlined.

A decline of public support of the EU

Although there are no official data on the amount of aid China provided to Serbia, the authors noted, according to available data, the largest donor was the European Union (EU) – which was recognized by just 3% of Serbian citizens.

On the other hand, the public support of the EU and European integration is declining – the study findings read.

Only 9% of respondents believe that EU membership is Serbia’s main foreign policy priority, even though it is officially recognized by the government as such.

Also, although Serbia is a candidate for EU membership, only a fifth of citizens surveyed believe that the state should harmonize its foreign policy with Brussels.

The results of the study show that 51% of respondents do not support Serbia’s membership in the EU, while 46% of them are in favor of EU membership.