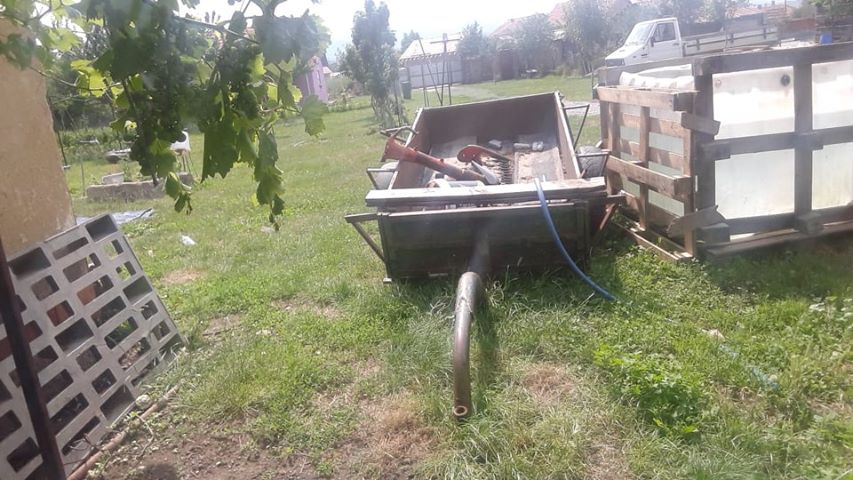 A cultivator with a rotary tiller belonging to Zoran Aritonovic from the village of Priluzje was stolen last night. The police are investigating the theft. Thefts in this Serb-majority village in the municipality of Vucitrn are an everyday occurrence. The Ministry of Communities and Returns warned the international institutions and the police of this long-standing problem while describing the situation as alarming.

„They opened the door of the courtyard last night and took the 509 motor cultivator with a hoe. It was located 50 meters from the gate,“ Aritonovic told KoSSev.

„Thefts are very frequent. They occur every day, every night. A plow was stolen from a relative the day before, the theft was caught on camera but the police are not doing anything,“ Aritonovic also said.

He added that due to ongoing robberies from households in Priluzje for many years, its inhabitants gave up raising livestock, as livestock, in addition to agricultural machines, were also frequently stolen.

„Every household raised cows and all of them were stolen. Thefts occurred even before the war,“ he stressed.

Aritonovic stated that he is making his living thanks to agriculture and that this caused great harm to his home where he lives with his wife and two children. „I made my living by using that machine.“

The Kosovo police conducted an investigation and classified it as theft. This is the only information the KoSSev portal managed to learn in telephone conversations with the police station in Priluzje, and the commander of the South Mitrovica region, Avni Zahiti.

Ministry of Communities and Returns: Alarming situation, we are doing everything we can

The spokesman of the Kosovo Ministry for Returns and Communities, Uros Staletovic told KoSSev that this ministry is aware of incidents both in returnee areas and in farms in Serb-majority areas and other minority communities throughout Kosovo.

„The ministry and Minister Jevtic himself are in constant communication with KFOR and the Kosovo Police. He had meetings with an OSCE official and asked for an urgent reaction to all incidents and protection of Serbs because the situation is alarming,“ Staletovic said.

He confirmed that after these alerts, KFOR had increased its presence in certain villages, such as the village of Novake, and that the OSCE had promised to increase surveillance of places where thefts and other incidents frequently occur.

The ministry’s spokesman also revealed that the ministry holds regular meetings regarding incidents and thefts. The ministry also asked the Kosovo Police to report regularly on the progress of the investigations.

Staletovic explained, however, that for many years now, due to the lack of trust in the local police, the injured parties report the incidents directly to the Ministry of Communities and Returns.