Adviser to the President of Kosovo and former KLA Chief of Staff, Bislim Zyrapi was called in for questioning in the capacity of a suspect by the Special Court.

The Office announced by telephone that Zyrapi will respond to this call and that he will be interviewed by special investigators on four occasions.

„I am summoned as a suspect and I will, of course, respond and go to the Hague. The call came on August 4th,“ he told T7, Insajderi wrote.

When asked whether he knows about other persons who received the same invitation from the Special Court, he said that he does not have such information and that he was the only one invited by the court.

Hysni Gucati also stated that, according to information from the organization of KLA veterans, the Special Court summoned Sokol Bashoten and a group of former members of the KLA from Prizren.

The Special War Crimes Court in Kosovo has questioned several members of the KLA since November of last year. Read about the recent activities of this court below:

1. A former LDD deputy, Ghani Geci was questioned at the beginning of November at an unknown location in Kosovo. As he himself stated, he will be a witness for five murders before the court in the Hague.

2. A former commander of the „KLA Operational Zone“ in Lab and a former MP of the Kosovo Assembly, Rustem Mustafa-Remi was questioned on January 14th in the Hague. He was not told in what capacity he will be questioned. Attorney – Arianit Koci.

3. A former member of the KLA, Astrit Shabani is serving a 20 years-long prison sentence in prison in Dubrava for the murder of 4 Roma and one Albanian. The Special Prosecutor’s Office questioned him in prison on December 8th, as Pristina media reported, on suspicion of killing a Serb and two Roma.

4. The former president of the „Military Court of the Kosovo Liberation Army“, Sokol Dobruna was summoned by the Special Court for questioning in Pristina on December 12th. As the Pristina media reported, it was not initially shown in what capacity he would be questioned. During the interrogation in the Hague on December 13-14, however, as Dobruna himself stated, he saw that it read that he was a witness, but on the basis of the questions they asked him he also cannot rule out the possibility that he is a suspect.

5. The former „chief of the KLA military police in the operational zone of Lab“ Nazif Mehmeti, Captain Dini was summoned by the Special Court to appear at a hearing on January 22-24 in the Hague. He was not told in what capacity he would be questioned. Attorney – Tahir Rrecay.

6. The former KLA commander and a member of the so-called „Drenic group“, Sami Lushtaku was called to appear at a hearing on January 14th in the Hague. He was not told in what capacity he would be questioned. Attorney – Arianit Koci.

7. The commander of „Red Apple“ and „commander of the special unit of the KLA Main Staff“, Remzi Shala, was called to appear at a hearing on January 17thin the Hague. He was not told in what capacity he would be questioned. He stated that he would „not surrender“ or respond to the call. Attorney – Natal Bulakaj. In the meantime, the news arrived that Shala had “disappeared with no trace”.

8. “Colonel of the KLA, part of the Pastrik operative zone“, Safet Sula was summoned by the Special Court for a December 12thhearing in Pristina. As he stated himself, he was called as a witness. He was questioned at the same time as Sokol Dobruna.

9. A former „KLA“ operative in the „Operational Zone Pastrik“, Sabahajdin Cena received a call to appear at a hearing on 14th

10. The former chief of the KLA, Sylejman Selimi received a call for a hearing in the Hague on January 9th. He did not respond to the call due to his „declining health,“ but was then questioned in Pristina on February 6th. He is currently on parole from serving a prison sentence for committing war crimes against the civilian population.

11. Raimonda Reci, the first female KLA member to receive a call from the Special Court in the Hague. The call was delivered to her at the beginning of December, and she stated that she was invited to testify as a witness.

12. Ismet Tara, better known as „Commander Hoxha,“ received a call on December 20th. Tara was questioned as a suspect in the Hague on February 17th, and the interrogation lasted for several days.

13. A former KLA commander in the Pastrik area, Naser Krasniqi was questioned for two days in Pristina, his lawyer Florin Vertopin announced on January 18th.

14. Nazif Mehmeti, a former chief of the KLA military police in the operational zone of Lab, was questioned as a suspect in Pristina on January 22nd and 23rd.

16. Mahir Hasani was summoned for questioning on February 11th in the Hague, the Pristina-based Insajderi reported, which was denied by Hasani himself.

18. Isuf Gashi was questioned by the Office of the Special Prosecutor on February 20th as a witness.

19. Pjeter Shala, better known as the „Commander Wolf,“ was questioned as a suspect in Brussels. This news was announced by Shala on February 21st, but he did not specify when he was questioned, only saying that it happened „a few days ago.“

20. Blerim Kuci, a member of the Alliance for the Future of Kosovo, originally confirmed that he would be questioned on March 12th. He said he would „fulfill his obligation“ and respond to the court. Kuci did not explain in what capacity he was summoned by the Special Court, but asked the media not to contact him with additional requests. In the meantime, the Zeri portal has reported that it is expected that Kuci will be questioned at the Hague on April 7th.

21. Osman Karpuzi, a former member of the KLA, confirmed last month that he was summoned for questioning to the Hague trial on March 13th and March 14th.

22. Bashkim Ndrecaj, a former member of the KLA from Suva Reka received a call from the Special Court on March 13th. He was questioned on May 22nd. Ndrecaj confirmed that he was questioned as a suspect. He also said he defended himself with silence.

23. Salih Lajci, commander of the 136th brigade of the KLA, was questioned on March 14th, the „Association of War Veterans of the KLA“ from Pec reported, not specifying in what capacity.

24. Enver Shala, a former KLA representative in Germany received the call to be questioned as a witness in the Hague where he was staying with Ismet Tara, who was questioned there as a suspect.

25. A former member of the KLA whose kidney was removed in Tirana and whose identity is known to Klan Kosova TV, was questioned in March in EULEX’s offices in Pristina.

26. Rahim Hashim, a former member of the Delta Command Forces of the 138th Brigade of the KLA, received the Special Court’s call and will appear on the April 9th hearing in the Hague as a suspect. Hashimi was arrested by the Kosovo police in May on suspicion of committing criminal offenses „loan-sharking“, „coercion“ and „fraud“ with an organized criminal group, however, while unlike the four arrested in the „Talas“ police action, Hashimi was released immediately after the arrest.

27. Mendim Dhaka – Sharri, a former commander of a special unit of the „General Staff of the KLA“, as Gazeta Express reported on May 13th, travelled to the Hague at the invitation of the Special Court.

28. Flamur Hoti, a former member of the KLA, as he himself confirmed, was summoned by the Special Court on May 28th. It is not known whether he was questioned and in what capacity.

29. Shukri Buja, a former KLA commander for the Nerodimlje zone and former Mayor of Lipljan, as he himself confirmed for Gazeta Express, will be questioned on July 17th in the Hague as a suspect of war crimes committed in the territory of Kosovo.

30. Ramiz Qeriqin, known as the „Lion Commander“, was questioned on July 9 in Pristina as a suspect, as he confirmed. He told the media that he could not travel to the Hague because he did not have a passport because he was on the INTERPOL wanted list, so he was allowed to be questioned at the EULEX office in Pristina.

31. Naim Maloku, an adviser to Kosovo Prime Minister, Ramush Haradinaj, and former head of the Kosovo Liberation Army, announced on July 10 that he was summoned to the Hague in the capacity of a witness.

32. Ramush Haradinaj, who served as prime minister at that time, announced on July 19th that he received a summons from the Office of the Special Prosecutor and that he would appear in Hague as a suspect. 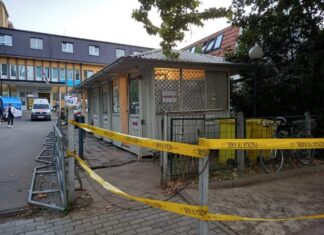