An ethnic Albanian from the village of Cernica near Gjilan/Gnjilane stabbed his Serb neighbor with a sharp object after a disagreement, Kosovo Police spokesman for the Gnjilane region, Ismet Hashani confirmed for KoSSev.

The incident occurred outside the home of the victim, who sustained a back injury. The injured Serb was transported to a hospital in Pasjane village and then to a hospital in Gnjilane. He was then transferred to Pristina and he is out of danger, Hashani said.

The injured Serb is a family man and a father of three children.

The wife of the injured Serb, Vesna Jovanovic confirmed for KoSSev that the attack took place shortly after 5 pm outside their yard.

She described the attacker as a „troublemaker,“ adding that he had asked her for brandy before and that he threatened her when she refused to give him some. This incident was also reported to the police.

The residents of this village are upset and concerned about their safety. Jovanovic also expressed concern over the safety of her family due to tonight’s incident.

According to Hashani, the police know the identity of the suspect – a younger person – and are currently looking for him.

Hashani also noted that more information on the case would be available shortly. 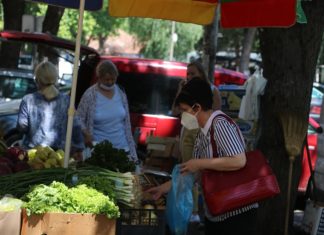