“I find that very strange, simply unbelievable, and that’s the only thing I can say,” the former Serbian special prosecutor for war crimes, Vladimir Vukcevic said in a brief comment for KoSSev to the news that, three days ago, a masked man brought a box allegedly containing 4,000 files from the Kosovo Specialist Chambers, while also announcing that he would soon deliver another 7,000 files, to the headquarters of “The KLA War Veterans Association”. The alleged correspondence between former prosecutor Clint Williamson and Vukcevic was one of the documents presented to the media as a reported document that was leaked from the Special Prosecutor’s Office.

Although refusing to comment on the fate of this court if the news turned out to be true, Vukcevic reiterated that he could not imagine that the documents were really leaked.

One of the alleged documents of the Special Prosecutor’s Office the „KLA War Veterans Association“ presented to the media in Pristina is alleged correspondence between prosecutors Williamson and Vukcevic from 2013.

The Special Prosecutor’s Office was established on September 1st, 2016, in The Hague, succeeding the staff and mandate of the Special Investigative Task Force which was in charge of investigating the allegations presented in the Report of the Parliamentary Assembly of the Council of Europe „Inhuman treatment of people and illicit trafficking in human organs in Kosovo“ – published in early 2011. The task force was led by Clint Williamson. Therefore, the Special Prosecutor’s Office is also authorized to investigate and prosecute persons for crimes committed in connection with the acts listed in Marty’s report and investigated by Williams’ team.

The Kosovo Specialist Chambers and the Special Prosecutor’s Office for War Crimes committed in Kosovo from January 1st, 1999 to December 31st, 2000, have been operating in secret for 6 years. Little is known about its work, except that hundreds of witnesses, former KLA members, have been questioned, that the first indictments are awaited at any moment, and that the draft of the indictment against Hashim Thaci and Kadri Veseli was sent for confirmation. The last information was confirmed by the prosecution itself, which went public with the indictment, while also accusing two key figures in Kosovo of obstructing the work of the court. Such a strong process of court obstruction has been taking place in Kosovo for years that international diplomats had to become involved in order to stop it.

The court was formed based on the report of the American special prosecutor Clint Williamson from 2014, which practically confirmed the findings and the previous report from 2011 by the special rapporteur of the European Commission, Dick Marty.

Vukcevic recalled the high protection measures that investigators have taken in the past, which was the reason why Clint Williamson’s headquarters were located at the premises of the NATO alliance in Brussels.

„The discretion was so high to avoid revealing who the witnesses were,“ he told KoSSev, adding:

„My deputy Bruno Vekaric and I were the only people who went in there. Nobody else. It was closed for everyone.“

Vukcevic stressed that he had excellent cooperation with Clint Williamson.

He also confirmed that at the time when Clint Williamson was working on his report, he was interrogating witnesses in the premises of the War Crimes Prosecutor’s Office in Belgrade.

„He did not forward any witnesses or the names of witnesses so that I could question them, nor was it possible to do so. According to the procedure, he could not have ordered me to do anything, nor could have anyone else,“ said Vukcevic.

„He would give us a list of witnesses who were of interest to them, and then I would give an order to our service to call and bring them in. This was the procedure, however, he did not send any subsequent emails and I was not the one who questioned them. They were interrogated without us. We only provided logistics.“

„We certainly did not send names by e-mail,“ Vukcevic added.

He recalled that the Serbian War Crimes Prosecutor’s Office questioned its witnesses before the Specialist Chambers were formed and that these witnesses were persons who were considered to be able to help shed light on war crimes. Vukcevic also underlined that this work preceded Dick Marty’s initiative.

„Dick Marty was not the one who discovered that, we did. Since the Albanians refused to cooperate, I forwarded it to the European Commission, then Dick Marty came and determined that what we discovered was procedurally valid.“

Speculations about the case of „4000 files of the Specialist Chambers“ – which were allegedly delivered to the office of the „KLA“ War Veterans Association, as the association itself had confirmed, with the announcement that another 7,000 files will be submitted in the coming days – have been running rampant in the Kosovo public for days.

A number of commentators in the Kosovo media have expressed doubts about the veracity of these documents, such as the head of the INTEGRA organization, Kushtrim Koliqi. Koliqi noted that the court had not made any mistakes before, warning that if the files were leaked, it would be a „huge scandal such as the world had never seen.“ On the other hand, Sokol Dobruna, a former judge of the „Military Court of the KLA“, expressed suspicion that Serbia was behind the submission of these alleged files of the Specialist Chambers. 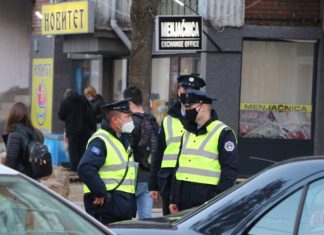