The resolution on the genocide of Serbia adopted yesterday in Pristina is a continuation of Pristina’s policy against dialogue and „the vicious cycle has not been closed yet“ as that policy will continue at the beginning of next week when 26 Serbian policemen and 15 other persons from the north will be arrested “under the pretext of being involved in corruption” so that there „is no defense for the north“ and for Pristina to „take over“ the north – the Serbian President, Aleksandar Vucic announced today.

„They will continue doing this, they will try to provoke Serbs in the north of Kosovo on Sunday even through their own, fortunately few, but always present Serbs. As you have seen, some people who are prominent in their engagement on the political scene in Serbia, Belgrade, are unequivocally saying that they will vote for the candidate of Kadri Veseli solely to prevent Srpska Lista from winning. They also carried those ‘1 out of 5 million’ banners, so they will also use that, and they will also use their police force. According to our information, as of Monday, they will arrest as many as 26 Serbian police officers from the north of Kosovo and 15 other people… so that there is no defense for the north,“ the President of Serbia warned this morning from the RTS studios.

The Belgrade-based Blic daily newspaper reported recently that approximately 40 police officers of the Kosovo Police, including ethnic Serbs, were under „surveillance“ due to suspicions of corruption. Blic’s source from the diplomatic circles in Pristina claimed that it was not provocation by Pristina but a systematization and an attempt to bring order into the police service in Kosovo that is deeply entrenched in corruption and partly in crime in all of its departments.

Not even the election day will be peaceful – the President underlined. He, however, urged people to come to the polls, adding that he is not ashamed to say that Belgrade is preserving its influence in Kosovo through Srpska Lista.

„To show their love for the country of Serbia. I am not hiding this because we are not hiding when I say that we have the best relations with Srpska Lista, and that Belgrade is preserving its influence in this way. We are not ashamed of this, you know, according to the Constitution, KiM is our territory. We are finding the best possible ways to act in the given, very difficult conditions,“ said Vucic.

He reiterated that Serbia will react to all provocations with restraint and in a peaceful manner, but that it will „preserve and protect its people,“ and that the international community was informed about the details of these plans.

He described the current atmosphere in Kosovo as a race to show who is more extreme in giving statements exploiting hatred towards Serbs. Following Haradinaj’s popularity which arrived as a result of the decision on the taxes, Veseli and Thaci are now „racing“ to show who is the most extreme – he shared his view of the resolution on “the genocide of Serbia” adopted by the Kosovo Assembly yesterday.

Vucic said that some nations in the Balkans do not understand and cannot find a path into the future.

„The only path they see is hatred towards the Serb people, although they will always say that it is not towards the Serbian people, but towards those who have committed crimes against their people. And they cannot turn to work, business, trade or the economy because they do not know what to do with it. Some only put on suits and ties and got out of the woods, so it’s understandable that they are saying that,“ Vucic said.

He stressed that he is concerned about the fact that the representatives of Pristina started to compete on such statements.

„The problem is that Europe and the world did not react when they formed an army – contrary to their own Constitution – when they refused to form the ASM (Association of Serb Municipalities), when they imposed taxes they reacted formally, verbally, at least, each time they accused Serbs of all possible crimes for which they did not have any proof. They held people six months in detention and then released them, then they adopted the Platform on Dialogue, which was a platform aimed directly against the dialogue. We also warned the entire world about this commission on genocide, the passing of some insane decisions over which every Serb should feel bad or jeopardized, because who could trust such a system,“ Vucic said.

The international community has not yet reacted to yesterday’s events in Pristina, but there will be a reaction by the Serbian side in terms of adopting general acts and by-laws – he noted.

„We’ll have to react. I believe that general acts will be adopted by the assembly and the government. We need to be restrained and responsible and not lose credibility we have in the international community of being serious people,“ Vucic added.

Provided there is a procedural opportunity, I will answer questions on Kosovo in the Assembly

„I cannot wait,“ Vucic replied when asked whether he would speak before the Assembly’s MPs regarding the Kosovo issue.

„I’m absolutely ready if there’s a procedural opportunity. At any time, especially today, when it’s clear in which direction things are moving and when no talks or negotiations are underway. I am completely prepared to submit a report and to analyze what we were doing,“ the President said.

Plenary session scheduled  for the 27th May

Later in the day, the President of the National Assembly of Serbia, Maja Gojković, announced that the plenary session on Kosovo is scheduled for the 27th May and that Aleksandar Vucic and the Prime Minister Ana Brnabic are going to take part in the session. 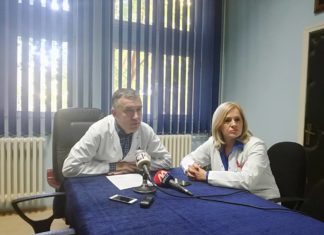