Following the news that the PDK leader, Kadri Veseli was summoned for questioning to the Hague, another senior official – the outgoing KIA chief, Shpend Maxhuni also received a call from the Special Prosecutor’s Office in the Hague, Pristina-based Gazeta Express reported.

According to Gazeta Express, Maxhuni was summoned to the war crimes court for allegedly leaking sensitive information from the KIA regarding the Special Court.

The same portal also reported that this call was the reason why Maxhuni resigned yesterday.

However, Maxhuni – who was not a member of the KLA – did not specify the reasons for his resignation.

The outgoing Kosovo Assembly President and PDK leader, Kadri Veseli confirmed earlier today that he would be questioned in the Hague on December 4th.

Previously, former members of the Kosovo Assembly, Milaim Zeka and Rada Trajkovic alleged that Veseli was already questioned in Ljubljana.

Both Maxhuni and Veseli have been publically perceived for years as the closest associates of the Kosovo President, Hashim Thaci.

The Hague-based Kosovo Specialist Prosecutor’s Office has questioned hundreds of people since November of last year.

Vucic: Albanians are not ready to compromise

Lajcak from Belgrade: The status quo is not sustainable for either... 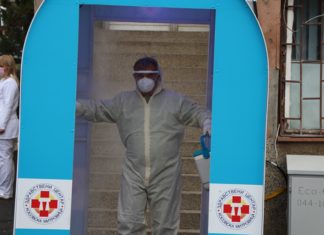