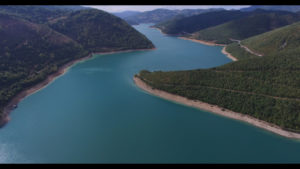 Serbs will say Gazivode is poisoned, RTK claims. On the other hand, the Kosovo Office accuses Pristina of spreading „false news out of despair“.

After Kosovo Prime Minister, Ramush Haradinaj accused a group of Serb entrepreneurs from the north of Kosovo last week of „attempting to stage a humanitarian catastrophe“ in coordination with Belgrade, citing names of the alleged organizers of this action, media reporting in Albanian started paying close attention to the situation in the north. In addition to daily reports on supplies of goods in shops in the north, a number of prominent Kosovo media regularly publish information about alleged hidden destabilization plans – and present their findings as exclusive.

RTK: They will claim Gazivode is poisoned

The latest in a series of „exclusive discoveries“ of the Kosovo media, which, by rule, cite unnamed sources includes Belgrade’s alleged warning to the citizens of the north “not to drink” water from the water supply because water from the Gazivode Lake “is poisoned”.

The Kosovo public service – RTK received this information from confidential anonymous sources, although the same sources did not confirm whether the water was actually compromised, nor did they reveal who and how they allegedly poisoned the water in the artificial reservoir containing 375 million cubic meters of water – which is often described as the largest artificial lake in the former Yugoslavia.

In addition to the information of “lake poisoning”, RTK also wrote on Wednesday that „Zoran Milojevic, otherwise known as Zelja, in addition to being the mayor, is very active regarding this matter. He mostly operates by applying pressure and violence – all according to Belgrade’s wishes.“

Milojevic will implement this plan with „pro-Russian Serbs“ – RTK underlined, while publishing their concrete names, along with photographs.

The news on the “Gazivode lake poisoning” was picked up by several Kosovo media so far.

The Kosovo Office quickly reacted to this news from Pristina, claiming that this is fake news.

„Pristina particularly should be ashamed of the false information about water pollution in Lake Gazivode, which is probably being spread due to their desperation, because starting from Friday, Serbs will get a new source of water supply and greater security. They will no longer depend on a switch in Pristina,“ the head of the Kosovo Office, Marko Djuric wrote in a statement.

According to announcements, Djuric is set to visit Kosovo on Friday to open a new regional water supply for municipalities in the north, whose construction has been delayed for several years despite the fact that money intended for its construction was spent.

KoSSev unsuccessfully tried to contact Milojevic regarding these shocking allegations of the Kosovo public service.

Kosovo media frequently write about conspiracies in the north

For the past several days, Kosovo media reported about alleged secret meetings of entrepreneurs in several restaurants in the north, each time providing the full names and photos of the participants of those meetings.

In addition to the information on alleged conspiracies and Serbian propaganda, the Kosovo media reports on the situation in stores in the north. These reports, however, do not match the reports of the local media – as Kosovo media claim there is “no shortage of products”.

The municipalities of North and South Mitrovica, Zvecan, Srbica, Vucitrn, and Glogovac, as well as the Gracanica Lake which supplies Pristina, Kosovo Polje and Obilic, are supplied with water from Gazivode Lake. This water is also used for the irrigation of over 1800 hectares of arable land.