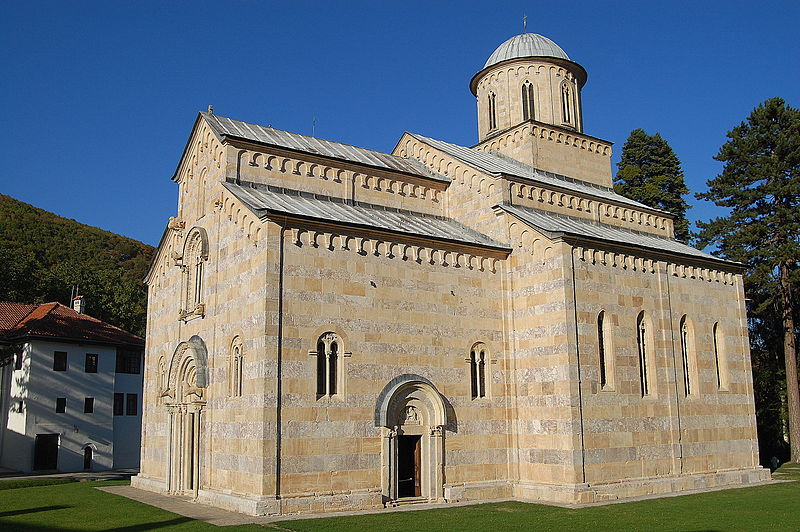 While paying a visit to Gorazdevac today, members of the British KFOR asked the local residents questions about the security of the Visoki Decani monastery, Radio Gorazdevac reported today.

„A dozen soldiers came, in civilian cars. They asked us if we believe that it would be a good thing if the monastery was protected by the Kosovo Police instead of KFOR, about the construction of the road near the monastery and other issues related to the monastery of Visoki Decani,“ one of the residents told Radio Gorazdevac.

A Gorazdevac local emphasized that almost everyone said that it would not be a good thing, stressing that the local Serbs do not trust the Kosovo Police.

„Only a few years ago, more than fifty young, educated people applied to join the police, but none of them were accepted. Do we need a bigger reason not to believe in the police, a police that is not multiethnic?“ – the same resident wondered.

Radio Gorazdevac reached out to the KFOR central command regarding the matter, but they received no response by the time the news was published.

The KoSSev portal also attempted to get in touch with KFOR representatives. In a telephone conversation with the KFOR spokesman, Antonio Minutella, we were told to contact them in writing, and that we would receive a reply soon. However, no response had arrived by the time this news was published.

The Diocese of Raska and Prizren was not informed about the KFOR survey or that Kosovo Police took over the competence of securing the monastery, the Abbot of Visoki Decani, Father Sava Janjic confirmed.

„Everyone is aware of the difficult situation the monastery has been in for 22 years – being exposed to armed attacks and institutional pressure from Kosovo institutions that do not respect the laws or decisions of their own courts. It is especially surprising that KFOR has not previously asked for the opinion of our Diocese or the monastery of Visoki Decani on these issues, which have recently requested additional protection following the latest threats and incidents. Such polls are perceived by our people as a kind of pressure and provocation and do not lead to trust building,“ Abbot Sava told Radio Gorazdevac.