Mts doo denied the allegations of the Pristina media that „the number of illegal mobile phone antennas in the north and other parts of Kosovo has increased“ – as KosovaPress reported yesterday.

On Sunday, KosovaPress quoted the ARKEP Chairman Nazim Rahimi as saying that the Regulatory Authority of Electronic and Postal Communications (ARKEP) received „disturbing information that the number of antennas and unauthorized activities of mobile phone operators in the north and other parts of Kosovo has increased.“

The same media outlet also reported that Rahimi said that a unit had been formed to verify these allegations, after which it will come out with an official position.

This KosovaPress news article was published yesterday by Pristina-based Koha, the KoSSev portal has translated and re-published the news article.

In the meantime, however, ARKEP reacted, denying KosovaPress reports „that the number of illegal mobile antennas in the north of Kosovo has increased“.

„The interview given by the chairman of the Committee, Nazim Rahimi, for KosovaPress, states that as a result of concerns we received in this regard, we are conducting field inspections and will continue to do so in the coming days. However, we can confirm that such irregularities have never been proven so far,“ they said.

The mobile operator Mts doo, a subsidiary of Telekom Srbija, also denied these allegations. In a statement for KoSSev, Mts doo specified that all of their mobile phone base stations were duly registered.

The subsidiary underlined that Mts doo does not have illegally installed mobile phone base stations, antennas, nor does it carry out any unauthorized activities.

Furthermore, they emphasized that they have had constructive cooperation with the Regulatory Agency on many issues.

„Mts doo carries out all its obligations related to the payment of licenses and the frequency range on time and has no debts to ARKEP,“ they said.

At the same time, they expressed hope that they could obtain a permanent, territorially unlimited license soon – through a tender or auction.

„In this way, we will ensure quality mobile signal transmission everywhere and make this market even more competitive to the absolute satisfaction of all users,“ they said.

Until the announcement of a tender for a new operator, Mts doo is operating with a temporary license for mobile services.

According to the telecommunications arrangement from September 2013, the new company – „dependent subsidiary of a Serbian company“, which is interpreted as MTS, was planned to be issued a full license for fixed telephony services, as per the Kosovo regulatory framework.

When it comes to mobile telephony, as it is stated, the Kosovo authorities will issue a temporary authorization to the „New Company“, following the Kosovo regulatory framework, for existing operations, limited to the existing infrastructure on the ground.

It is specified that the temporary authorization shall expire when the Kosovo authorities issue a new full, unlimited license for mobile telephony, following a tender/auction. 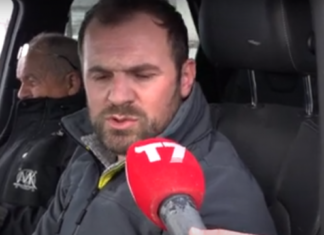