Srpska Lista Vice-President, Milan Radoicic, who Pristina suspects of involvement in the assassination of Kosovo Serb politician Oliver Ivanovic, has filed a defamation lawsuit with the Higher Court in Belgrade against the president of the European Movement of Serbs from Kosovo, Rada Trajkovic.

Trajkovic announced the news on her Twitter account, stating that she would defend herself by taking the „polygraph test.“ Radoicic himself confirmed the news for KoSSev.

„That’s right,“ he shortly replied when asked whether the news of the lawsuit was correct. Radoicic declined further comment.

Rada Trajkovic has repeatedly publicly referred to Radoicic as the person involved in the murder of Oliver Ivanovic. At the same time, she criticized the Serbian judicial authorities for “protecting Radoicic” from Kosovo investigative agencies, who have been looking for him since November last year, when he avoided arrest in North Mitrovica.

„Radoicic is on an international wanted list. He is being harbored by the President of Serbia, Aleksandar Vucic… Although they have recognized the institutions of the Kosovo judiciary, they do not want for Radoicic to come and prove his innocence, to take the burden of a Serb who participated in the murder of the most honorable man among us,“ Trajkovic recently told N1. 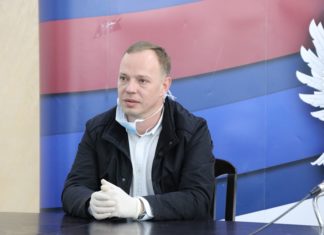