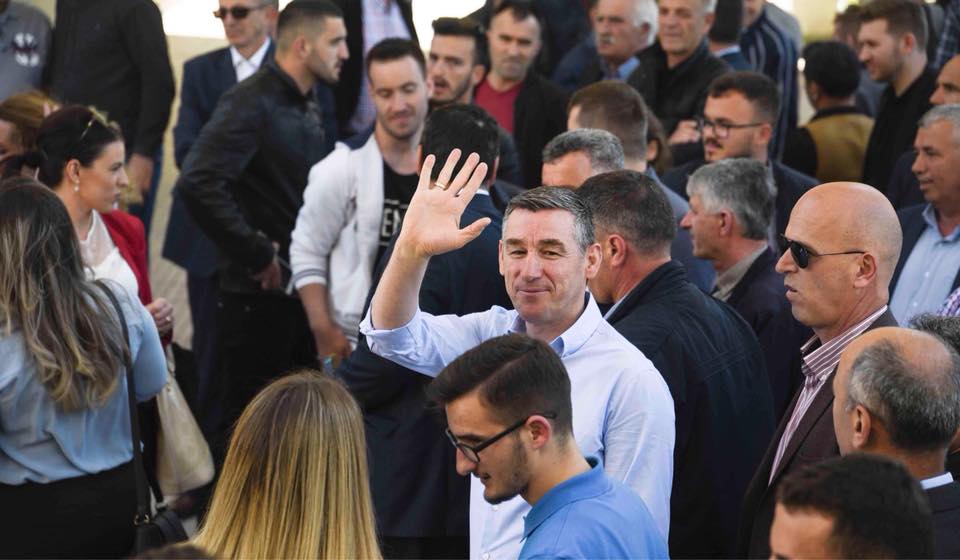 Speaker of Parliament of Kosovo and chairman of the biggest ruling political party – the PDK, Kadri Veseli, has proposed a platform for unification of political parties. Veseli through an open letter sent to Kosovo political leaders called on building of a national consensus to deal with five challenges that as he said Kosovo is facing today. According to Veseli Kosovo leaders must unite to address the dialogue with Serbia, establishment of the Association of Serb-majority Municipalities, establishment of Kosovo Army, EU integration agenda, and election reform.

“A national unity team headed by the President of Kosovo is needed to address these challenges,” Veseli wrote in a letter distributed to media on Monday. Veseli reminded that the dialogue with Serbia is entering final phase and asked all political leaders and civil society representatives to unite and come out with a state platform.

The PDK chairman proposed the dialogue be headed by President Hashim Thaci, and his team should involve all institutional political leaders and personalities of civil society.

He also called on political leaders to have a coordination related to establishment of the Association of Serb-majority Municipalities, an Agreement which was reached during EU-facilitated dialogue between Kosovo and Serbia in Brussels. Veseli said that the Association should be within legal frame of Kosovo.

“This is possible only through a joint political and professional coordination,” he wrote.

Veseli said that a national consensus is needed also when it comes to establishment of Kosovo Army adding that building a consensual platform on the army would be accepted also by international strategic partners of Kosovo who are asking Kosovo Army be done through constitutional amendments.

Under current constellation of forces in Parliament it is impossible to amend the constitution without the votes of Serbian MPs who are opposing establishment of Kosovo Army. Kosovo President Hashim Thaci proposed last year establishment of army through amendment of the current Law on Kosovo Security Force (KSF) but his idea was strongly opposed by international community and NATO.

Veseli also said that one of the top priorities of Kosovo is also EU integration process and invited leaders to respect all obligations deriving from other EU documents, focusing on the rule of law. He also asked Kosovo politicians to sit and discuss election reform as a precondition for Kosovo to move towards EU integration process.