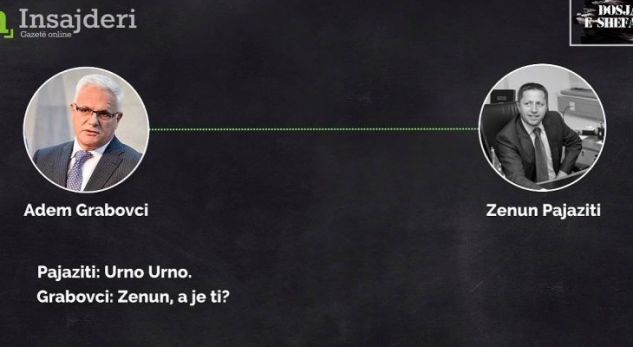 The Special Prosecutor's Office of Kosovo issued an indictment against eleven officials and politicians. Among the accused are the current Kosovo Minister, former deputies, deputy ministers, secretary-generals, advisers, a former president of the SO Prizren, and several board directors in public companies, the Kosovo Prosecutor's Office said in a statement. The subject is called "Pronto", which is the name for a series of texts and audio recordings of telephone conversations of top Kosovo officials that were published by the Insajderi news web portal under "The Dossier of Bosses" in 2016. In an eavesdropped conversation, one of the leaders of the Democratic Party of Kosovo, Adem Grabovci, was arranging the recruitment of suitable persons, the election of presidents and board members in public companies and independent agencies, together with his political counterparts, including the Kosovo President, Hashim Thaci, whom he referred to as "the boss".

In addition to staffing arrangements, the Insajderi reported on telephone conversations, saying that these talks also revealed the PDK's attitude towards minority MPs.

The talks used a pejorative term for Serbs in Albanian "shkija", and for the Roma "magjup".

One of the members of the Roma community in the Kosovo Parliament in 2016 asked for an explanation for the alleged insults, which is why Kadri Veselji, the president of the Kosovo Assembly, apologized.

The Prosecution's announcement recalls that "the case was announced by the media, which revealed activities and work modalities within those interest groups. It was then followed up by the prosecutor's investigation and it finally resulted in an indictment.