Due to a very serious administrative failure you received an invitation to participate in the international parliamentary conference "Through the Idea for the EU towards Peace and Development", which will be held in Belgrade from May 11 to 12. Bearing this in mind, we inform you that you are not invited to participate in the above mentioned event and that your registration is not valid "- says in a letter signed by Srdjan Smiljanic, Secretary General of the Assembly of Serbia, addressed to Kosovan MPs – Vjosa Osmani-Sadriu, Berti Deliu-Kodra and Ilir Deda. It was the latter who revealed the letter on his Facebook account.  Belgrade-based Danas daily reported the cancellation of hospitality to Kosovan MPs in Belgrade at Vojislav Seselj's "intervention".

"The hospitality to the Kosovo delegation was canceled due to the issue of a war criminal who did not have the right to put this issue to the Serbian Parliament because he is not a legitimate deputy. Seselj is still present in the Assembly only because of the slow work of the Assembly's Administrative Committee,"  Canak said the Danas newspaper .

He recalled that Serbian delegations encounter the same people in gatherings across Europe.

Vojislav Seselj requested yesterday the replacement of Nenad Canak who was leading the Serbian Parliament committee for EU integration due to the extension of an invitation to Kosovan MP Vjosa Osmani as the chief of the committee on foreign relations.

The Serbian Parliament Speaker Maja Gojkovic said that the deputies of the so-called states, which Serbia did not recognize, could not come to the inter-parliamentary conference in Serbia.

"I have no knowledge, I will check and certainly the deputies of the so-called states that Serbia did not recognize cannot come because they have no official invitation from the Serbian Parliament, neither the president nor the government. I guarantee, if it's different, I'm ready to leave," said Gojkovic answering to Seselj's request.

"Although it has opened up most of the EU membership chapters, Serbia shows that it remains a country with anti-European values and that all its achievements on the path of integration have been achieved through Kosovo's themes, not merit and standards. Such parts of Serbia do not contribute to peace or normalization of relations, which is not the European path of the Western Balkans," Vjosa Osmani criticised from Pristina.

She greeted the goodwill at the same time of Serbian MP Nenad Canak.

"In order to celebrate May 9, Europe Day, politicians in Serbia should follow his example," pointed out Osmani

The denial of entry to Kosovo parliamentary deputies to Belgrade coincides with simultaneous restrictions against theKosovo Karate team to take part in the ongoing European senior championship in Novi Sad.

"It’s totally unacceptable andI strongly condemn the behavior of the Serbian Government not to allow the KosovoNational Team to participate at the Karate European Championships in Novi Sad. Serbian authorities denied the KosovoTeam the right to participate at the Championship.Similarly today the SRB Parliament annulled the invitation to MP’s VjosaOsmani and Ilir_Deda. On Day of Europe, under the pressure of ICTYnews that sentenced Seselj, Belgrade made another anti-European action showing its lack of will for good neighborly relations and regional cooperation," twittered Kosovan Foreign Minister Behgjet Pacolli.

In March 2015, a delegation of the Kosovo Assembly, however, took part in the 88th Rose-Rot seminar of the Parliamentary Assembly of NATO in Belgrade. The Kosovan Assembly Delegation was then composed of Zenun Pajaziti and Nenad Rasic. 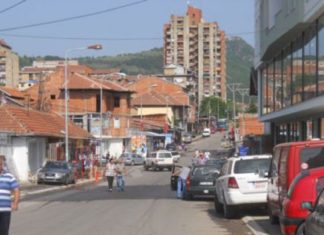