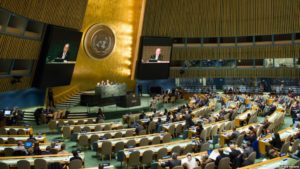 Both delegations will attend the session of the UN General Assembly, while a series of bilateral meetings are also expected. Brnabic and Thaci will attend today’s reception organized by US President Donald Trump.

Kosovo media earlier reported that Thaci could also meet with Trump, in order to talk about his idea of „border correction“.

Although it was expected that the Serbian delegation will be led by the president – this did not happen. The head of the Kosovo Office Marko Djuric announced that Aleksandar Vucic will not be going to New York.

At an urgent press conference last week, following Kosovo Prime Minister Ramush Haradinaj’s announcement that the border between Kosovo and Albania is expected to be removed by New Year, and that the borders are moved with „military boots“ – which Haradinaj announced in the context of his opposition to the change of Kosovo’s borders within the framework of the dialogue between Belgrade and Pristina – as advocated by Thaci. Djuric confirmed that Vucic will not be traveling to New York, and that we will have to „wait a while“ for a new Vucic-Thaci meeting.

The Serbian President said that they could see him in Brussels whenever they want, but, before that, they have to tell him what to do next and whether the solution is that Serbia gets nothing and is humiliated, and that the Albanians get everything.

The session of the UN General Assembly is being held in the midst of now concrete information on the exchange of territories as a solution for Kosovo within the framework of the dialogue between Serbia and Kosovo.

Thaci is officially advocating „border correction“ and the merger of the „Presevo Valley“ to Kosovo. On the other hand, Aleksandar Vucic, as he himself has admitted, had „always“ advocated for „the delimitation“ between Serbs and Albanians.

US officials have so far confirmed, on a number of occasions, that the change of borders could be on the negotiating table.

„We want to give the parties the space to reach an agreement, we are not drawing a red line and saying – this is excluded or that is excluded. What we are saying is that it looks to us the leaders are serious, they want to discuss things. We are ready to be open and listen to whatever solution the two of them can reach – that they believe can be implementable, endurable and will lead to the stability in the region. We will take a look at whatever that result is and we are not excluding any possibility,” the US Ambassador to Belgrade, Kyle Scott, said in yesterday’s political talk-show Catch 23 (Kvaka 23).

The US ambassador to Pristina, Greg Delawie, however, confirmed that the United States has limitations.

“Our position as the United States is to provide a space for Kosovo and Serbia to make some kind of agreement that will be enduring; that could be embraced by all… by the people of both countries; that would contribute to stability in the Balkans rather than the opposite; that would be fair, and that leaders could explain to their public… Certainly there are limits to what we will accept. And if there is a draft agreement that we’re not happy with, we will certainly make our opinions known,” Delawie said in last week’s interview for KoSSev. 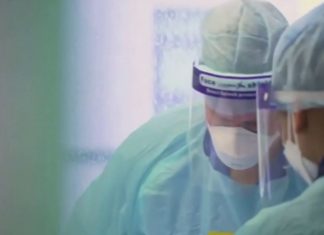