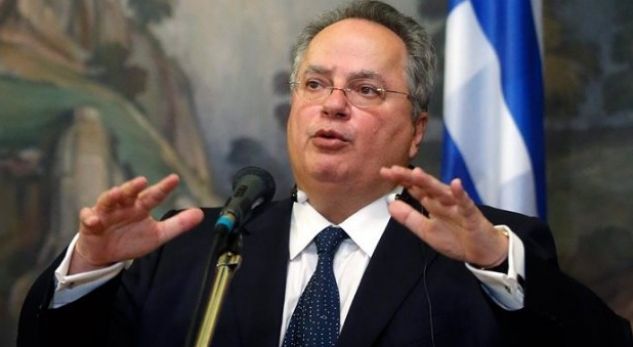 Greek Foreign Minister Nikos Kotzias will visit Kosovo on Thursday as part of his Balkans tour.

Kotzias will be received at the Pristina Airport by Kosovo’s First Deputy Prime Minister and minister of Foreign Affairs, Behgjet Pacolli.

The meeting between Kotzias and Pacolli will be held tomorrow, 12 April at the Ministry of Foreign Affairs at 14:40.

During his visit to Belgrade on Wednesday, Kotzias said that his country will not recognize Kosovo’s independence.

Kotzias explained that the trade office of Kosovo in Athens will not be a diplomatic office, as reported by some media.

"That's neither been agreed, nor envisaged," he told a joint news conference with Serbian counterpart Ivica Dacic.