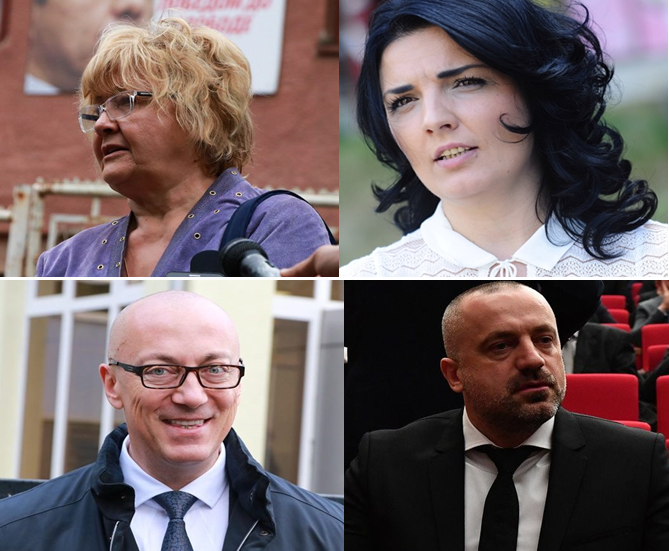 Srpska Lista chief, Goran Rakic ​​and the partner of late Oliver Ivanovic, Milena Popovic were suggested to appear as witnesses in the case of Srpska Lista Vice-President Milan Radoicic’s defamation lawsuit against the president of the European Movement of Serbs from Kosovo, Rada Trajkovic.

Milan Radoicic filed a defamation lawsuit with the Higher Court in Belgrade against the president of the European Movement of Serbs from Kosovo, Rada Trajkovic in September of last year. Trajkovic has repeatedly publicly referred to Radoicic as the person involved in the murder of Oliver Ivanovic, alleging that Radoicic is head of the mafia in the north.

At the same time, she criticized Serbian President Aleksandar Vucic and Serbian judicial authorities for allegedly protecting Radoicic. In a reaction to the news that Radoicic filed a lawsuit against her, she ironically announced that she would „defend herself by taking a polygraph test“, alluding to the fact that the Serbian state leadership defended Radoicic by saying that a polygraph test found him not guilty.

Rada Trajkovic’s lawyer, Vladan Gajic made an objection in the court records that a person could not testify about the personal characteristics of the plaintiff, that is, his honor and reputation.

Rada Trajkovic told KoSSev that Gajic also objected to the fact that Popovic was inaccurately represented as the wife of the assassinated Oliver Ivanovic.

On the other hand, Milan Radoicic’s lawyer – Maksimovic Kruna pointed out that there is an „objective aspect of damage of reputation and honor“ and that Milena Popovic „may testify in support of the allegations made by the plaintiff.“

Popovic: I have no information, when they let me know, I will decide

The last partner of the late Oliver Ivanovic, Milena Popovic claimed that she has no information that she was suggested as a witness in the case of Milan Radoicic’s defamation lawsuit.

Popovic said that she would wait for official confirmation.

When asked if she would respond to an invitation to testify if she were to receive an official confirmation, Popovic reiterated that she „could not say anything“ because she does not know whether such allegations were correct.

„We can talk when I get that information. I do not know whether it is someone’s speculations, or whether this information was released on purpose,” she added.

The Higher Court has scheduled the primary hearing for September 28th, 2020 at 9.20 am.

Trajkovic: I despise Radoicic, I despise the witnesses even more

Rada Trajkovic revealed that she won’t go to the hearing in September.

„It didn’t even cross my mind. I haven’t gone so far and I won’t go now. I despise him (Milan Radoicic), and I despise the witnesses even more. It is beneath me,“ Trajkovic told KoSSev.

Trajkovic also quoted her lawyer as saying that the court would certainly not be able to accept Milan Radoicic’s motion for Popovic and Rakic to testify in his favor, because they could not testify about „the plaintiff’s personal qualities“.

Previously, Milena Popovic had repeated on several occasions that she does not know Milan Radoicic.

„I have my own view and opinion on Milan Radoicic… Milan Radoicic is a man who holds a kind of power in the north of Kosovo. Oliver always said that he represented a parallel power structure in Kosovo, and Oliver and Radoicic were political opponents. I have my own opinion and view of him, but that doesn’t mean I think he may be responsible for Oliver’s murder. I will wait until more information is collected,“ Popovic told RTS on the eve of the two-year anniversary of Ivanovic’s assassination.

The Kosovo Prosecutor’s Office also suspects Milan Radoicic of involvement in the murder of Oliver Ivanovic. Although court proceedings in the case of the murder of the Serbian politician are ongoing in Pristina, Radoicic has not been indicted. He has been unavailable to Kosovo authorities since previous November, following an attempt to arrest him in North Mitrovica. 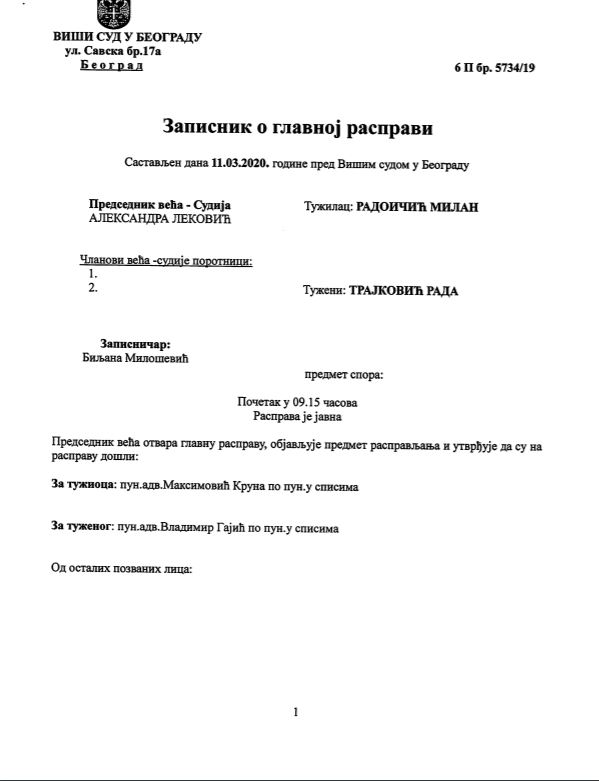 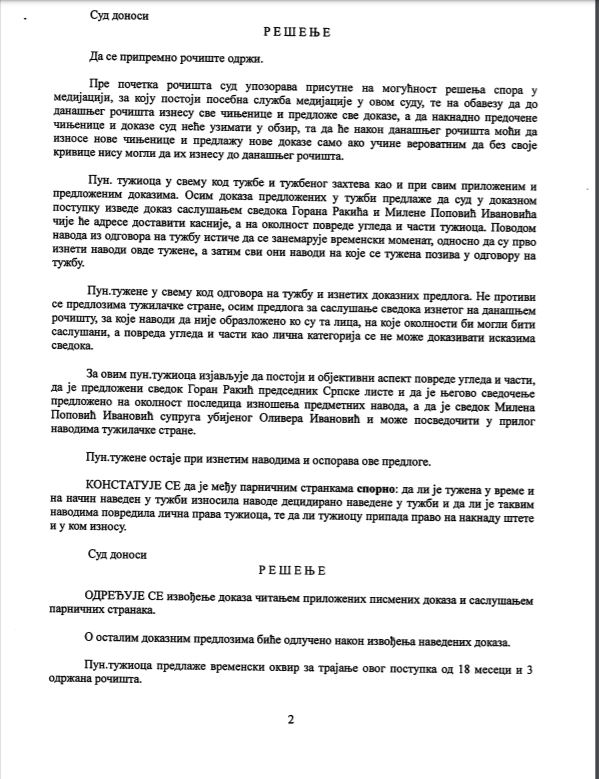 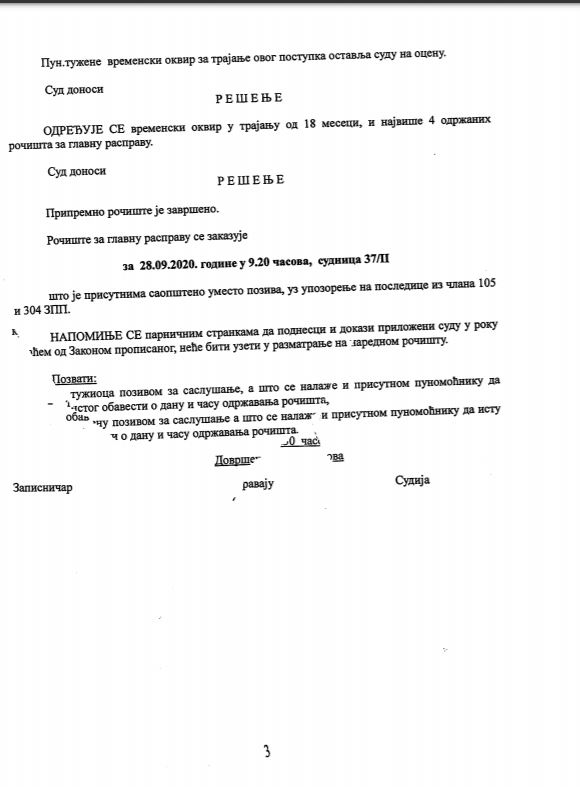