The EU Rule of Law Mission in Kosovo (EULEX) presented the fourth report on the monitoring of Kosovo courts, the prosecutor’s office, and the police. At a conference held at EULEX headquarters in Kosovo Polje, the head of the EULEX case monitoring unit, Hubert van Eck Koster, presented some of the main findings of the report. These findings include the fact that hate crime investigations are not being prioritized, property trials take too long, and the police and the Prosecutor’s Office have poor cooperation while investigating corruption cases.

According to van Eck Koster, the report was based on 248 monitored cases from September 2019 until the outbreak of the pandemic in the middle of March this year. The effect of the pandemic on these institutions should be reviewed separately and by using different criteria, they added.

You can read the full report on EULEX’s website. It is available in Serbian, Albanian, and English.

The report states that there has been a continuous trend of less productive hearings, i.e. hearings which were scheduled but were immediately adjourned and which unnecessarily prolong the length of proceedings – half of the selected cases in the first EULEX report were unproductive, while in the fourth report, which was presented today, 23% such cases were observed.

EULEX nevertheless urged the Kosovo Judicial Council to continue working on the issue.

“Additionally, there are still several high profile cases transferred by EULEX, which still did not see any activity since they were transferred in 2018 or earlier and no particular justifications for these cases were provided,” van Eck Koster said.

The conclusion of the monitoring of the work of the Special Department of the Basic Court in Pristina reads that it has increased the efficiency of this court, but that it needs more judges and administrative staff.

“It was also identified that there is an urgent need to set up a system at the Palace of Justice to allow the examination of witnesses under protective measures. Currently, there is a need to relocate to other courts outside of Pristina and examine witnesses by video-link,” he added.

It was monitored that the Court of Appeals has made it a common practice to send a large number of cases for retrial, despite the notion that “the instrument of retrial should be rarely used.”

“Some cases were sent for multiple retrials, such as the Medicus case,” van Eck Koster emphasized, adding that such practice has an impact on a fair trial being completed within a reasonable time. He also cited as an example a case that was sent for several retrials, in which the defendant spent 8 years in detention.

“In addition, it was monitored that the retrials are usually dealt with by the same first-instance panel of judges. While this may appear positive from the efficiency aspect, it still raises concerns regarding judicial impartiality,” he said.

Due to the reported high level of acquittals in corruption cases, EULEX also identified the need to improve the effectiveness of the implementation of the respective legislation concerning the confiscation of assets, as it was observed that the number of confiscated assets was much lower than the amount of temporarily confiscated assets.

In these cases, poor coordination between the police and the Special Prosecutor’s Office was observed, as a result of which, several requests from the police remained unanswered by the Prosecution for a longer period of time.

“Mainly because the police task force, for years, did not have a fixed point of reference in the Specialist Prosecutor’s Office. Of special concern has been, as monitored, the handling of complex financial investigations as they were often completed without exploring all the leads for obtaining evidence,” he underlined, adding that it led to a large number of cases being built on insufficient evidence, which ultimately endangered the outcome of the judicial process. Lastly, he pointed out that the “follow the money” principle was often not utilized.

The EULEX report revealed that when it comes to hate crimes, especially those related to religious sites and gravesites, insulting graffiti, they remain unsolved because the investigations of such incidents are not prioritized.

“It is best to be understood that hate crimes have a much stronger impact on the victims, than other crimes. Positively, in the police incident report, a change was introduced that contains a specific hate crimes box, this should help with the collection of proper statistics on biased motivators.”

Based on the monitoring of 50 civil property-related cases, EULEX observed as the core concern the excessive length of the procedures and the many adjournments.

“To provide an example, a hearing in one case was scheduled more than five and a half years after the moment the claim was filed. In another case, the reply to the claim was filed 11 years later, and two years later the case was transferred to another court. Lastly, a case initiated in 2002 was sent to a retrial by the Court of Appeals in 2009 and to date, the retrial has still not begun,” van Eck Koster said, pointing out that the property right had thus been infringed upon.

Speaking about the monitoring of the cases of gender-based violence, EULEX has observed improvements in the practice of contacting other institutions by the police when these crimes include sexual violence. Also, the victims are now sent to the Institute of Forensic Medicine to obtain biological evidence.

On the other hand, it was monitored that in the sentencing and practices in domestic violence cases, the possibility of increasing the sentence due to aggravating circumstances is rarely taken into account, which is why courts were urged to consider this possibility in their reasoning. 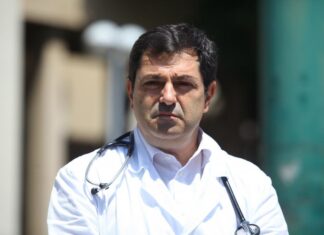