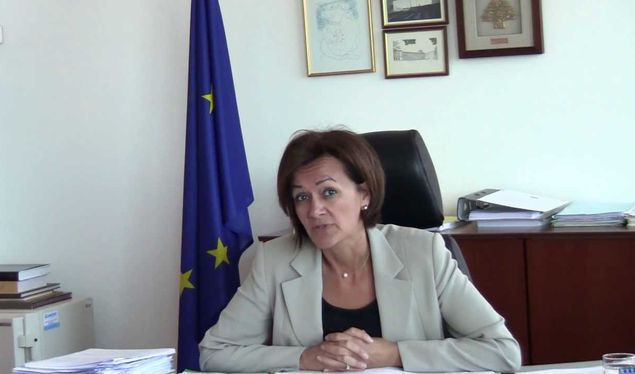 Kosovo should implement the agreement on the Association/Community of Serb majority municipalities without any further delay. We will now invite the Chief Negotiators from Belgrade and Pristina, their teams, as well as the Management Team and technical experts, for discussions in Brussels, and to engage constructively and in good faith in the drafting process of the Statute – said the Director for Western Europe, the Western Balkans and Turkey, and Deputy Managing Director in the European External Action Service (EEAS), Angelina Eichhorst, after the decision of the Kosovo authorities to „reactivate“ the Managerial Team for drafting the Asociation Statute. Eichorst was on a two-day unexpected visit to Pristina to „address recent developments“ and „urgent next steps“ – EU Office in Kosovo announced today. She talked to Kosovan political leaders, from both ruling and opposition parties, societal and security representatives.

Special emphasis was given to the EU facilitated Belgrade Pristina Dialogue and „recent events in Mitrovica which put the security of the Serbia Chief Negotiator and of many people living and working in the north at risk“ – it is outlined in the press release.

Eichhorst underlined that any disagreements between Belgrade and Pristina need to be addressed and solved peacefully in and through the Dialogue, and emphasized the urgent need to accelerate the implementation of agreements reached.

Eichhorst also mentioned the delay in the implementation of the energy agreement, and reminded urgent resolve is needed allowing Kosovo to be part of regional electricity transmission mechanisms.

Eichhorst discussed Kosovo's European integration agenda following the adoption of the Commission’s new Western Balkans Strategy and in view of the upcoming annual reports, including for Kosovo, due to be released on 17 April.

"Questions of upholding international legislation, rule of law, justice, transparency, due legal process, fair trial, fighting corruption and organised crime are important elements against which progress will be measured. By staying committed to the EU agenda, as its strategic orientation, Kosovo can look forward to constructive, effective and fruitful cooperation, with the EU and in the region as a whole," said Eichhorst.

Reffereing to the recent arrest and extradition of six Turkish nationals legally residing in Kosovo, Eichhorst said that it raised many questions in Brussels. With political representatives she talked also about the other current topic.