The Head of the Kosovo Office, Marko Djuric held two separate meetings with the Russian Ambassador and the Chinese Ambassador to Serbia in Belgrade yesterday. The visits arrived after the negotiations in Washington and Brussels, less than a week after a document was signed in the White House, which, although supported by government officials, was strongly condemned due to the possible threat it poses to Serbia’s relations with these two countries, but also with the Arab League, as well as Serbia’s position in the EU and the UN.

Djuric spoke to the Chinese Ambassador Chen Bo about the course of the Belgrade and Pristina dialogue. „He also expressed confidence that the People’s Republic of China, in the spirit of an iron and repeatedly confirmed friendship between the two countries and peoples, will continue to provide active international support to Serbia“ – the Kosovo Office announced in a statement.

Moreover, he claimed that „there are no pressures under which our country will give up on the support of its trusted friends.“

Djuric also expressed belief in the continuation of the friendship between Aleksandar Vucic and Xi Jinping, and that their close relations „will continue to be an important momentum for the improvement of Serbian-Chinese relations.“

Serbia counts on Russia’s help, Serbia is a reliable friend to Russia

Djuric also met with the Russian ambassador to Serbia, Botsan-Kharchenko. Serbia remains a reliable friend of Russia as well, he said.

He also thanked Russia for its consistent support to Serbia on the issue of Kosovo.

By fighting for its state and national interests, Serbia remains a reliable friend of Russia, the Kosovo Office said in a statement.

Previously, a spokeswoman for the Russian Ministry of Foreign Affairs, Maria Zakharova compared the now viral photo of Aleksandar Vucic sitting in a sole chair before Donald Trump with the famous scene from the movie Basic Instinct. Zakharova used this photo to show how one should sit in such situations – when being questioned. Djuric was the first to jump to Vucic’s defense, saying to Zakharova that she should be “ashamed”. The Serbian Minister of Defense Aleksandar Vulin also defended Vucic. Vulin was praised yesterday by the American Committee for National Security, which also congratulated Vucic on his courage. Zakharova, meanwhile, apologized, but her announcement, in addition to the criticism of the authorities, garnered thousands of plaudits and shows of support of Serbian users of social media. Lastly, Vucic and Lavrov had a telephone conversation.

„Serbia is counting on the friendship and help of official Moscow in that struggle,“ the statement reads.

The close relationship between Aleksandar Vucic and Vladimir Putin was also mentioned in the Kosovo Office press release.

According to Djuric, such a relationship will remain „a guarantee of strong relations between our countries, which will be confirmed once again by the upcoming visit of the Russian president to Belgrade.“

Grenell: “Important agreement to pull them away from Russia and China”

In the meantime, the US Special Envoy for the Belgrade-Pristina dialogue, Richard Grenell continues to boast to the US public of the “historic success” – as this document on the economic normalization of relations between Belgrade and Pristina was presented both in the US and by the pro-governmental media in Serbia.

The papers, signed individually by the three parties in Washington, include points on „diversification of energy supplies“, a ban on the use of 5G equipment „coming from untrusted vendors“ and the removal of such equipment.

Those who criticized the document and the behavior of the Serbian president in Washington, i.e. the delegation Djuric was also part of, recognized the risk that these points may pose for Serbia’s relations with Russia and China – which have traditionally been strong allies of Serbia – bearing in mind that the world powers have interest for these two areas.

Richard Grenell is now claiming that one of the reasons why the agreement Vucic and Hoti committed to is so important is because Trump’s team tried to “get that portion of the world to be more western-tilting” through three aspects and by “pulling” Serbia and Kosovo away from Russia.

“Instead of Serbia and Kosovo looking to China, they are going to look to America and the western style of business and Europe, to begin to expand their job sector,” Grenell said in one of the latest interviews for the JSL. 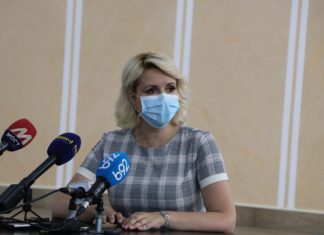