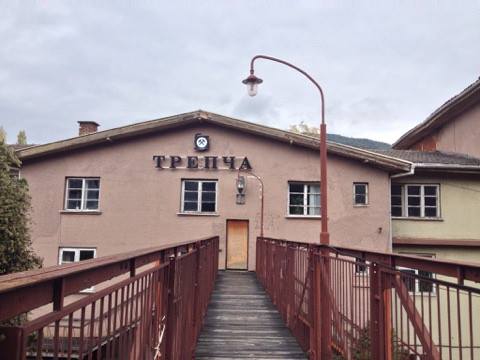 „Pristina’s next objective is to conquer Trepca and place various explosive devices across the north of Kosovo with the aim of destabilizing the region,“ Serbian Foreign Minister, Ivica Dacic told the Voice of America after yesterday’s session of the UN Security Council, citing intelligence sources. „Pristina authorities are preparing to attack the north“, Dacic warned according to Belgrade’s findings. KFOR spokesman Vincenzo Grasso told KoSSev that KFOR is unfamiliar with these allegations and that they never received such information.

“There is intelligence that Pristina is planning to launch unilateral operations which could destabilize the north of Kosovo. One of those operations was allegedly a police operation which included the use of 70 combat vehicles and the use of force against the arrested,” Dacic told Voice of America after the UN Security Council session.

He further claimed that the next action of Pristina is „the conquest of Trepca“.

„One of the objectives could be the placement of various explosive devices throughout the north of Kosovo. There are such findings and we have shared this with Western partners and they are aware of this. This is a big challenge and that’s why I warned KFOR, because their task is to protect all citizens, regardless of whether they are Serbs or Albanians and to prevent an attack on North Kosovo. If KFOR fails to do so, we face a great risk of destabilization of the entire region,“ Dacic stressed.

The Minister of Foreign Affairs said that this news was received with great interest and attention.

This is the second time for the Serbian foreign minister to declare such alerts, within a day of his previous warning while in USA. During yesterday’s UN SC session he came out with the allegation of the planned incident against Kosovo Serbs in the north of Kosovo.

“We don’t want to find ourselves in a situation in which KFOR won’t do what it has to do because then Serbia could consider Resolution 1244 no longer valid because they don’t want to protect Serbs and then Serbia has to protect its people which leads us further into an escalation of the problem. That’s why I think and we hope that this will not happen at all and we constantly warn that such ambitions of Pristina’s must be controlled and that these plans must be prevented so that there will not be any new escalation in the region. Escalation does not suit us. We want to continue the dialogue and reach a solution,“ Dacic also said.

In spite of such allegations, the Serbian foreign minister emphasized the need to “preserve peace and stability in the region and to continue the dialogue”.

„We reach that central issue… Obviously, there are some indications and desires that there are always some unilateral moves and provocations that will drag us away from dialogue and from reaching a solution. I have to point to a major change from the past – I am not talking about the United States,“ Dacic pointed out.

Speaking about the photograph Dacic shared on social media of him holding a 100-dollar banknote with the inscription „Kosovo is Serbia“, Dacic said that he believes that some of his criticizers would not complain so much if he wrote that „Kosovo is not Serbia“.

„Someone told me I was destroying US property, at least I did it by writing on a bill that does not belong to an American. Unlike them, I didn’t drop bombs with depleted uranium,“ Dacic concluded.

Reactions from Belgrade and Srpska Lista on BG-PR flight deal