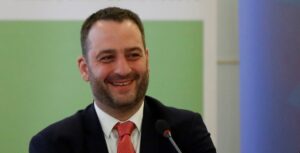 The license plate crisis has only shown the direction things could go. Although it was probably an estimation of the ruling majority in Pristina that such a move could lead to a better result of their candidates in the local elections, and confirm the strength of the Self-Determination party, i.e. that they are there to stay, I don’t rule out ideological or principled reasons.

Showing a „firm hand“ is unquestionably popular among some voters (although the election results showed that this is only a perception), but is it also necessary for the overall agenda of negotiations between the two sides? Could it lead to a change in the situation on the ground, or does it show Pristina’s essential incapability to integrate Serbs, and ultimately reach a comprehensive agreement with Serbia in the way they envisioned?

Why was the use of force required at the very beginning of the establishment of „reciprocity in freedom of movement“? Couldn’t have this been done without the deployment of special police units?

Namely, the deployment of the armed forces sent a clear message that Pristina authorities perceive the north as a „rebellious“ part of Kosovo, which requires a firm approach. On the other hand, only one incident would have been enough for the whole situation to escalate, fortunately, it did not come to be. The incident could have happened without some kind of „organized intention“ on the Serbian side.

In other words, an ordinary individual could have caused it. Meanwhile, Belgrade engaged in military and other performances on the other side of the „legal jurisdiction separation line“, giving space (intentionally or not) for other actors to stand out, such as the Russian ambassador. This may have left an impression on the domestic audience, but it certainly did not help the dialogue or increase the support of Kosovo citizens for the dialogue. On the contrary, it gave an excuse to the critics of Serbia’s rearmament, who are especially vocal in Kosovo.

I believe that this move of Pristina in no way contributes to the integration of Serbs in Kosovo, and it shows that the government views them as citizens who must „bow down.“ Consequently, the action only exacerbated everything that was already there – the lack of trust of the local population in the good intentions of the Pristina authorities.

If Albin Kurti’s plan to maintain an internal dialogue with the citizens of Serbian ethnicity is still valid, he seriously undermined it with these actions, and it is quite clear that nothing will come from it. Yes, it did the exact opposite of the proclaimed intention of the dialogue, and the Kosovo Serbs will in no way give up Belgrade and the political and economic protection it provides.

The recent action against „criminals“ has only strengthened such beliefs. I certainly believe that the crisis that is likely to follow – – the one related to the issue of energy – will go in a similar direction. Personally, this situation reminds me of what has happened in Serbia since the 8th Plenary Session of the Central Committee of the League of Communists of Serbia in 1987: instrumentalization of government issues and a reduction of minority rights for the sake of greater support from the majority population in Serbia.

What is the outcome of the action/s?

Judging by the results of the first round of elections in Kosovo, it did not do much to improve the election odds of the Self-Determination party. However, local elections, especially if they are based on the majority system, have a significantly different logic than parliamentary elections, i.e. other factors such as the quality of candidates or their influence on the local level come to the fore. Also, if we take a look at the total number of votes, the Self-Determination party got less than half of the votes when compared to the recent parliamentary elections. However, the candidates of the Self-Determination partyentered the second ballot in Pristina and Prizren, as well as 10 other municipalities, so there is room for another display of the „firm hand“. I hope it won’t come to it.

But let’s return to the dialogue. The implementation of reciprocity with the presence of firearms at Jarinje and Brnjak did not essentially yield anything, except the fact that citizens with RKS plates no longer have to remove them at the border. From a human point of view, it is certainly a positive thing – if this solution helps to avoid endless lines at the crossings.

However, the solution reached is simply a solution from the previous agreement, which has not been implemented so far, due to, as the media report, Pristina’s issues with the tender. Brussels and Miroslav Lajcak’s team, with the help of the United States, finally obtained success and a topic that they will deal with in the upcoming period to reach a satisfactory solution for the freedom of movement.

I hope that the talks will not focus exclusively on this issue and that other topics will be discussed as well. Instead of showing how “firm their hands are,” Belgrade and Pristina should ponder about where all this can lead us.

As my esteemed colleague Peci said, this whole situation has shown that the dialogue, i.e. its results, are essentially reversible. Will we have a repeat of a situation in which misunderstandings are resolved by conflicts, instead of at the negotiating table?

In this situation, Belgrade and Pristina are at a loss, especially people on the ground. What kind of message does this send to anyone interested in investing?

Belgrade is certainly losing less, due to its ways of attracting investments (which in itself is a topic for debate). But it certainly hinders Pristina and once again marks Kosovo as a seismic area in the long run. However, the biggest losers are the Kosovo Serbs, who have been a crucial subject of the Brussels dialogue since the moment it was conceived.

What kind of economic development and integration can we even talk about? To what extent has our communication with our Albanian neighbors been poisoned?

Therefore, as we have said many times before, we need a return to the negotiating table and more serious political support from EU member states and the United States. It also seems to me that we need a new approach, based on stages, which would not be reversible and completely unambiguous in interpretations (which has not been the case so far). In this dialogue of ours, we could maybe discuss some topics that could be addressed in those stages, when the time comes for reason to prevail.