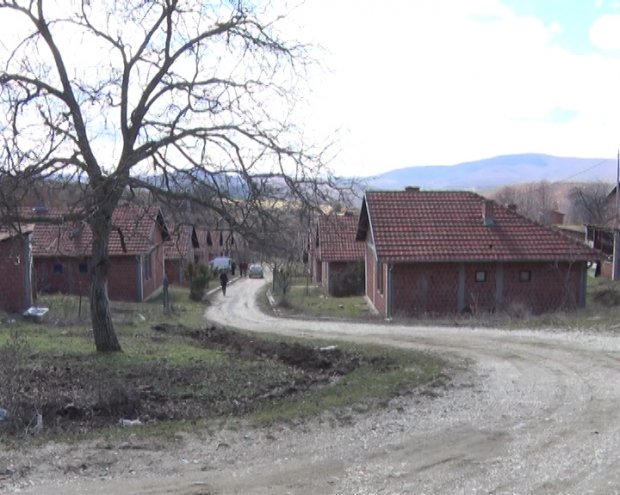 The property belonging to two returnee families in the hamlet of Ceranovica, in the returnee village of Klobukar, near Novo Brdo, was recently targeted by vandals. Sreten Stojiljkovic’s home was splattered with oil – as a form of intimidation and threat, while an outbuilding where he keeps his firewood and tools was broken into and ransacked. The home of Stojiljkovic’s neighbor, Bozidar Zdravkovic, was also broken into and his electric stove was stolen. These details were revealed by the Kosovo Office on Thursday, although the Kosovo police claim that Stojiljkovic’s home was not splattered with any substance, as well as that Zdravkovic did not report “a theft or anything else” to the police.

„Instead of ensuring basic living conditions and guaranteeing security, with a series of attacks, Serb returnees are being told that they are not welcome in the territory of Kosovo. Instead of a sustainable return, through attacks, which no one is answering for, they are being discouraged, in a perfidious way, from staying in their homes. And no letters can hide that,“ the Kosovo Office stated, adding that the true picture of the lives of Serbian returnees will not be found in the letters of Kosovo officials, which they routinely send to the international public.

The Kosovo Office stressed that it will make sure that the problems of Kosovo Serbs are heard.

As the Kosovo Police confirmed in a written reply for KoSSev today, on May 26th around 11:45, Sreten Stojiljkovic from Ceranovica in the village of Klobokar reported to the Novo Brdo police station that unknown persons broke into his outbuilding and stole firewood, an ax, a metal rake, and a toilet bowl.

A police patrol went to the scene, took his statement, and photographed the scene.

The police said in a statement for KoSSev, however, that they did not notice that Stojiljkovic’s house was splattered with any substance, nor did he say anything similar to the police. The case has been referred to the investigative unit for further investigation.

The spokesman of the Kosovo Police for the region of Gnjilane/Gjilan, Ismet Hashani, told KoSSev that Sreten Stojiljkovic previously revealed to the police that he „lives in Kragujevac“ and that he „rarely visits“ his home in Ceranovica.

As for Bozidar Zdravkovic, the police claim that he did not report „any case of theft or anything else“ to the police station in Novo Brdo.

Stojiljkovic has been targeted by vandals before

This is not the first time, however, that Sreten Stojiljkovic was targeted by vandals. Last year, unknown perpetrators stole a water heater from his house, as well as a toilet bowl and a sink, he told RTK2, emphasizing that this was the fourth time his home was burgled.

„The police come, conduct an investigation, but there is still no trace of the perpetrators. I stayed here for five years, I only went to central Serbia in the winter, but I couldn’t find a job, I picked up my things and left. Now I come and stay for a month, two, I want to come here, but my existence is at stake,“ Sreten Stoiljkovic told RTK2 last year.

He also spoke about the difficult living conditions at the time: „The house is in bad condition, this is all I have. I lived in another house, when I fixed it up, they set fire to my house. We don’t have water during the summer and autumn, someone waters the fields, and we don’t have any water to drink. We take water from a nearby well, but there is sand and earth in it. Hard life…“

The first returnees to the hamlet of Ceranovica in Klobukar arrived in 2009, only to leave once again shortly afterward due to lack of conditions for a sustainable return. A total of 20 houses were built in Ceranovica. The Stankovics are the only returnees who still live in it. Before the war, there were 86 households in Klobukar, a village divided into ten neighborhoods.