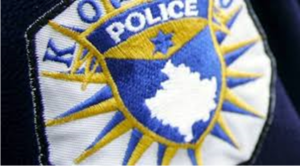 An unknown person threw an explosive device on the main road in Donji Jasenovik, in the municipality of Zubin Potok, around midnight last night. The explosion caused material damage to nearby residential and commercial buildings. No one was injured.

„An unidentified person threw an unknown explosive device on the main road in front of the houses of two appellants, a shop and a business building in the vicinity of this road,“ Kosovo Police spokesperson for the north region, Branislav Radovic, told KoSSev.

Z. D. and R. D, whose properties were damaged, reported the case to the police.
A window of a structure belonging to M. Dj, a member of the Kosovo Police, and six vehicles parked in the vicinity of these facilities, including the vehicles belonging to Z. D. and R. D, were also damaged during the explosion.

Public Prosecutor Slavica Mavric was informed about the explosion and ordered an investigation into this case, which was classified as „causing general danger.“

A suspicious explosive device was found on the former military training ground in Partes yesterday morning, the Kosovo Police announced.

An ethnic Serb reported the case to the Kosovo Police. Police units secured the scene, while KFOR demining units removed the device.