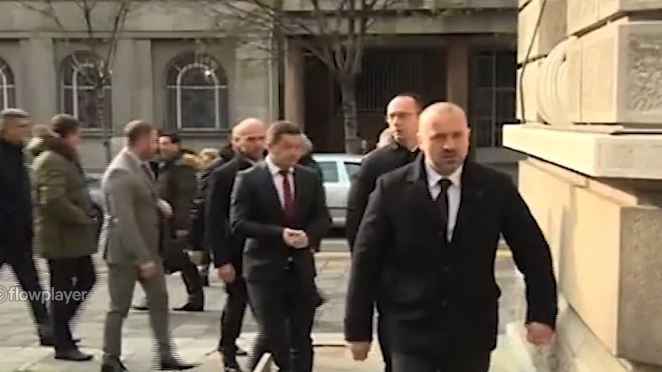 The taxes Pristina introduced are not directed against Serbia, as some individuals from Pristina are trying to impose and change the subject in public. These taxes are directed directly against the survival of Serbian people in the territory of Kosovo and Metohija – the chief of Srpska Lista, Goran Rakic said. A group of approximately 30 Serbian representatives of Serbian and Kosovo institutions had a short meeting with Serbian President, Aleksandar Vucic in Belgrade today.

They were led by Srpska Lista Vice-President, Milan Radoicic, who has not been seen since his attempted arrest in North Mitrovica last week. Radoicic did not address the press after the meeting, N1 journalist, Zaklina Tatalovic reported. A similar message arrived from the Serbian President during a factory opening in Zrenjanin. He emphasized that Serbia has no control over „even one foot of Kosovo and Metohija“ but that it „has its own people who are ready to protect their homes“.

The Serb representatives also informed Vucic about the resignations of the four Mayors in the north of Kosovo.

They also warned about the impending “humanitarian catastrophe” in Kosovo caused by a 100% tax import increase on all products from Serbia.