Less than a week after Srpska Lista member, Slavko Simic’s car was torched in Leposavic, another privately-owned vehicle was set on fire in the same municipality late last night. The burned vehicle was a gray ‘Fiat Punto’ with Mitrovica license plates, owned by A.D. (1976), Deputy Commander of the Kosovo Police for the region north, Besim Hoti confirmed for KoSSev.

Fire crews and investigating officers came to the scene, and the fire was contained shortly after it was reported at 3:47 p.m.

The vehicle was partially burnt, namely, the front part where the hood and engine are located, while the middle and interior were not damaged, Hoti said.

The vehicle was parked outside the building where the owner lives – on 24. Novembar Street. 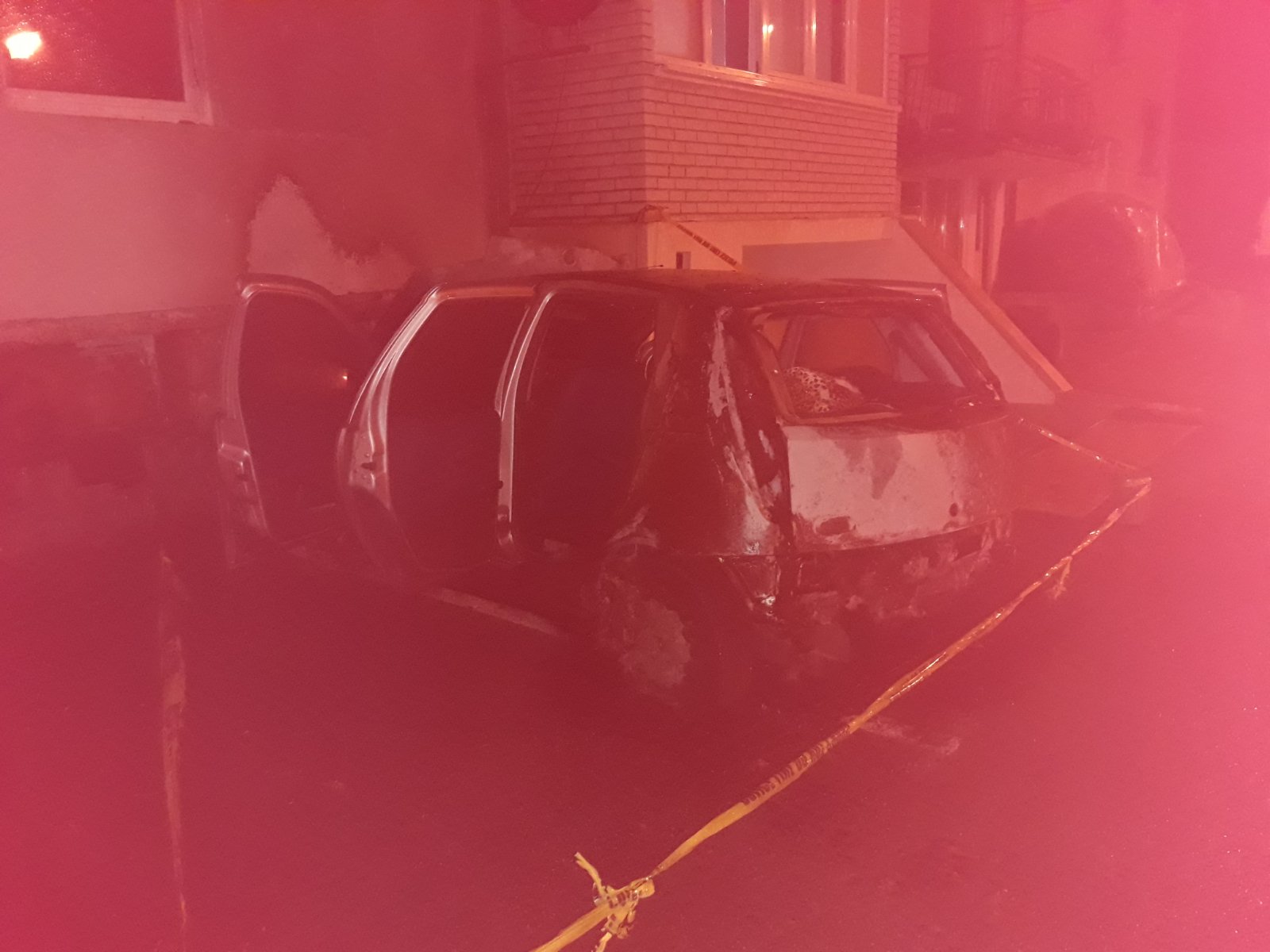 A number of other cars were also parked in the parking lot in front of the apartment building where the burned car was located.

The owner of the vehicle told RTV Mir journalist, Vesna Banovic-Vukasinovic that „no one has a grudge against him.“

He also said that at the time of the fire, he tried to rescue a neighbor’s car that was parked right next to his car by pushing the vehicle away. The owner added that he was burned in the process, after which he went to the local medical centre to be treated for his wounds.

The prosecutor on duty was informed of this case and classified it as „arson.“ This is the fourth car set alight in the Leposavic municipality in the past month. Last week, the recently appointed Chief of the Kosovo-Mitrovica District, as well as the Vice-President of the 7th convocation of the Assembly of Kosovo from the ranks of Srpska Lista, Slavko Simic’s car was also set on fire.

With the exception of a bombing case, this is the 45th case of vehicle arson in Serb-populated areas since 2014. See the full list of car torchings HERE.