The Kosovan and Serbian delegations resumed negotiations on the normalization of relations on Thursday following a 20-month-long stall in the dialogue. The agenda included topics such as the issue of missing and expelled persons, and economic cooperation. According to a research fellow at the Kosovo Center for Security Studies, Dan Ilazi, although both topics are „essential in Kosovo-Serbia relations, they were only negotiated symbolically.“

“The meeting between President Vucic and Prime Minister Hoti in Brussels in principle is a positive step and it is important that it was held, however my impression is that it was rather a symbolic meeting that was more important for the EU rather than for Kosovo or Serbia, to show that the European Commission is back at the helm of the process,” Ilazi told KoSSev.

He added that the entire process was followed by the cloud of „the latest blow to the US efforts“ in the same process.

Before the series of meetings on the topic of dialogue was held in Paris, and later in Brussels, a meeting was supposed to take place in Washington on June 27th, under the auspices of President Trump’s Special Envoy for the Belgrade-Pristina dialogue, Richard Grenell. The meeting was canceled after the Kosovo Specialist Prosecutor’s Office announced that it had filed a war crimes indictment against Kosovo President Hashim Thaci, a longtime Kosovo negotiator and PDK leader, Kadri Veseli.

After the meetings organized by the EU were announced, Grenell welcomed this initiative of “European partners.” He also expressed hope that the priority of the negotiations in Brussels would be the implementation of the agreements or letters of intent. The letters of intent – on the establishment of railway and airlines, as well as the construction of highways – were signed by both sides, and with Grenell’s help, earlier this year.

According to the statements of the participants of Thursday’s meeting, however, that did not happen. Talks were held on the topic of missing and expelled persons, as well as economic cooperation, although there was talk of building the Nis-Pristina highway, the Serbian President, Aleksandar Vucic confirmed.

It is without a doubt the issues of missing persons and economic cooperation are essential in Kosovo-Serbia relations, but the impression from the statements that both leaders made, shows that the EU does not have an ambitious agenda and these are signs of a continuation of the approach of kicking the can (cf. the recognition issue) down the road – Ilazi underlined.

“Without dealing meaningfully with the issue at the heart of the dispute between Kosovo and Serbia, it is difficult to achieve progress in any other areas. All the ‘low hanging fruits’ have been utilized for almost a decade now since the dialogue started, it is time to deal with the difficult issue,” he said.

Ilazi also expressed the belief that there are preconditions for this.

“Already some EU member States have expressed their position which is Serbia needs to accept Kosovo to move forward with the integration process in the Union. The sooner the EU devises a strategy on how to frame this condition vis-à-vis Vucic the better. The latest elections in Serbia, albeit apart from the allegations of abuse, are to some degree a validation for Vucic and his approaches, so this places him in a unique position to make decisive actions vis-à-vis Kosovo issue. The EU should use this opportunity,” Ilazi told KoSSev.

According to the program director of the Youth Initiative for Human Rights, Ivan Djuric, the fact that the dialogue has been renewed with the topic of the missing is encouraging. Djuric added that courageous moves and political will would be necessary for the implementation of a possible agreement: Djuric: Resolving the missing persons issue means revealing hitherto unknown crimes – a courageous move that can only be drawn by political leaders 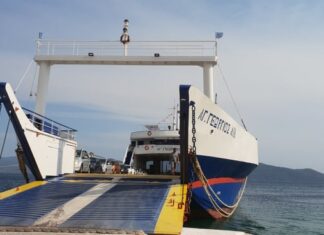